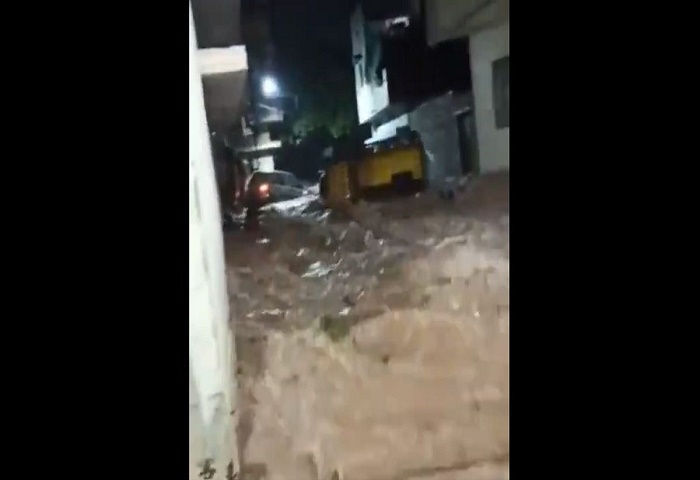 The city of Hyderabad has been flooded with overnight rain that comes days after the deadly downpour which had left at least 50 people dead and caused damage worth thousands of crores in the Telangana state of India.

Last night, the Balanagar Lake in Hyderabad had breached its boundaries, causing huge flash floods in nearby areas.

In the videos, vehicles were seen being swept away as streets got submerged in water. The massive downpour caused huge damage in the state capital and nearby areas.

Areas like Begumpet and Somajiguda which are in the very heart of the city were completely flooded. Video footage showed water gushing out at Yashoda Hospital, Somajiguda, which is a key private hospital for treating Covid -19 patients.