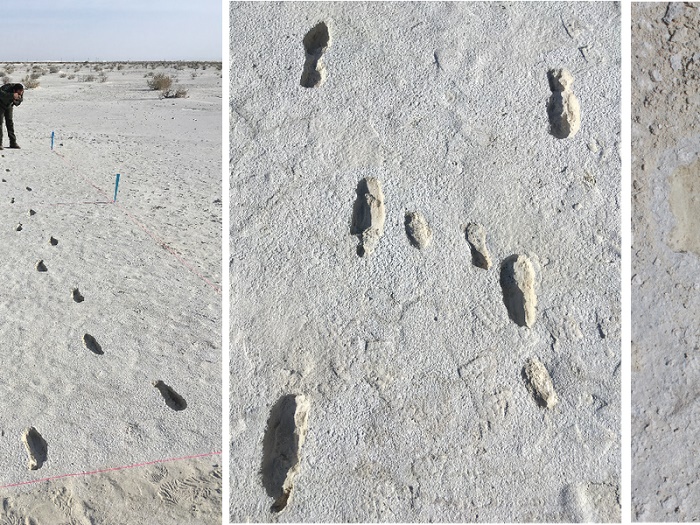 The human tracks at White Sands National Park record more than 1.5 km (0.93 miles) of an out- and-return journey.

“An adolescent or small adult female made two trips separated by at least several hours, carrying a young child in at least one direction,” said lead author Dr. Sally Reynold of Bournemouth University and colleagues.

The team found the tracks in a dried-up lakebed, which contains a range of other footprints dating from 11,550 to 13,000 years ago.

The lakebed’s formerly muddy surface preserved footprints for thousands of years as it dried up.

“When I first saw the intermittent toddler footprints, a familiar scene came to mind,” said Dr. Thomas Urban, a researcher at Cornell University.

“This research is important in helping us understand our human ancestors, how they lived, their similarities and differences,” Dr. Reynold said.

“We can put ourselves in the shoes, or footprints, of this person and imagine what it was like to carry a child from arm to arm as we walk across tough terrain surrounded by potentially dangerous animals.”

The scientists previously found the footprints of mammoths, giant sloths, saber-toothed cats and dire wolves at the site.

“Giant ground sloths and Columbian mammoths were found to have intersected the human tracks after they were made, showing that this terrain hosted both humans and large animals at the same time, making the journey taken by this individual and child a dangerous one,” they said.