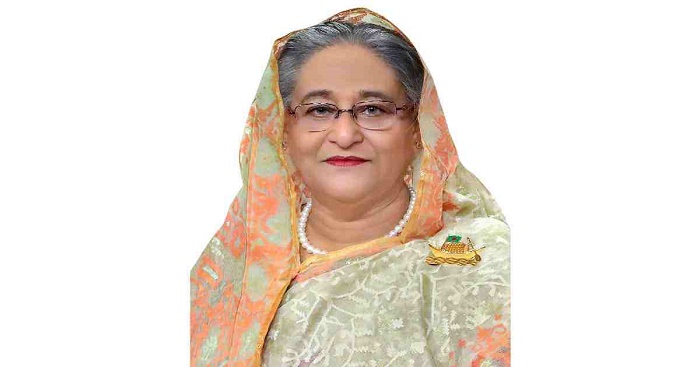 Prime Minister Sheikh Hasina on Sunday said the government is working relentlessly to provide a better future for the children so that they could become the leaders of the country.

"Every children will be the steersmen of the country in the coming days by getting proper education. They'll live a beautiful life. We're working keeping that as our aim," she said.

The Prime Minister said this while addressing a programme virtually marking the birth anniversary of Sheikh Russel, the youngest child of Father of the Nation Bangabandhu Sheikh Mujibur Rahman, from her official residence Ganobhaban.

Sheikh Hasina said that the children of the country will be patriot, good human being, worthy citizen, serve the people and educate themselves with modern education.

Talking about the coronavirus pandemic that forced the schools to be shutdown, she said, this is very much painful for the children.

She advised the children to continue their studies at home with utmost attention, and other activities so that whenever the schools open they can join without a hitch.

She urged all to pay proper attention in this regard.

Sheikh Hasina requested the guardians to look after the studies of their children along with ensuring their sports and excercise.

She also asked all to wear mask in any crowded area and follow the health safety measurers.

She also watched a video on the activities of Sheikh Russel Jatiya Shishu Kishore Parishad, unveiled the cover of a book titled 'Smritir Patay Sheikh Russel', distributed prizes among the GPA-5 holders in the SSC, stipends and laptops among the poor and meritorious students.

Russel, the youngest brother of Sheikh Hasina, was born on October 18, 1964, at the historic Bangabandhu Bhaban at Dhanmondi. He was assassinated on August 15, 1975, along with most of his family members, including his father Bangabandhu Sheikh Mujibur Rahman.