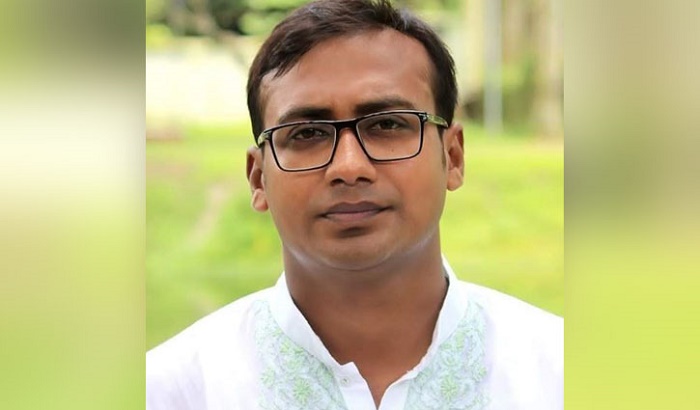 Four people, including UP Chairman Riaduzzaman Riyad, have been held over the murder of Mymensingh's Gauripur Swechchasebak League leader Masudur Rahman Shubro.

Earlier, on Saturday night, a local leader of Bangladesh Awami Swechchasebak League (BASL) was hacked to death and his two associates were injured by unidentified miscreants in Panmahal area in Gouripur upazila of Mymensingh.

The deceased was identified as Masudur Rahman Shubro, was a general secretary of Bangladesh Awami Swechchasebak League, resident of Kalipur in Gouripur municipal town.

The miscreants attacked them, including Shubro with a sharp knife indiscriminately and fled away the scene.

Later locals rushed him to Mymensingh Medical College and Hospital (MMCH) where doctor pronounced him dead.