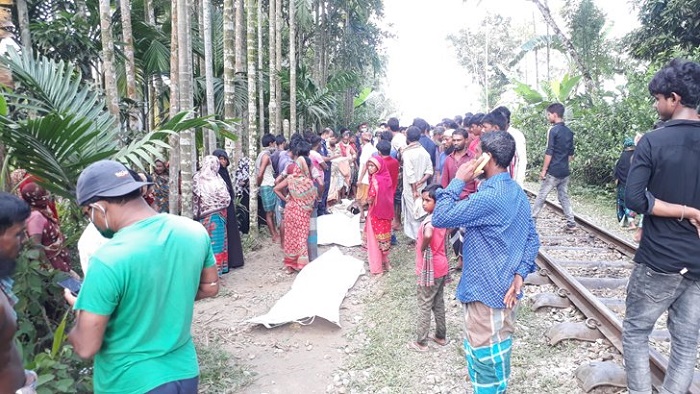 Three sleeping fishermen, including two siblings were crushed to death under the wheels of a train at Dorsal in Barhatta upazila of Netrokona on Sunday morning.

The deceased were identified as Swapan, 22, Ripon, 24, sons of late Md Hekim, hailing from the area and Mukhlesh, 28, son of late Kurpan Ali, from the same area.

According to locals, some fishermen went to fish at night. Later, they fell asleep on the railway line when the accident occurred, leaving them killed on the spot.