Sheikh Russell: A Flower of Paradise Nipped in the Bud 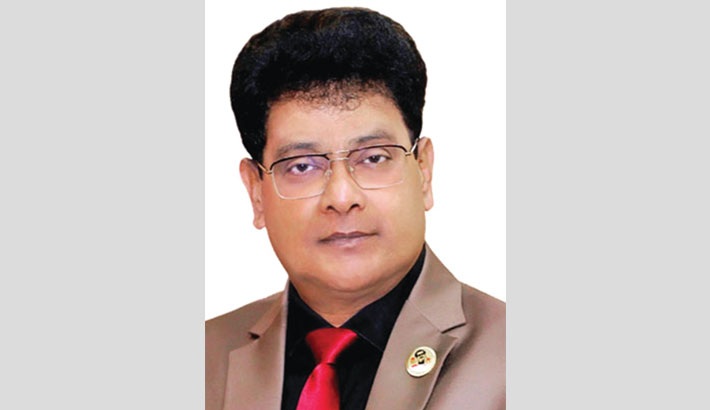 Prime Minister Sheikh Hasina has concluded her book Aamader Chotto Russell Sona—a book about her beloved youngest brother Shahid Sheikh Russel—with a sad and poignant question which is actually a heartfelt question of everyone of the post-liberation war generation that believes in the spirit and ideals of Bangabandhu as well as in the spirit of the Liberation War of Bangladesh:

“On 15th of August in 1975, killer’s ruthless bullet took away the life of little Russell. They brutally killed Russell at last after making him walk past the dead bodies of his mother, father, two brothers, brothers’ wives, and uncle. Was that small chest of his then paralyzed with pain and bereavement? What was the state of his mind when he saw the lifeless bodies of those around whom he had grown up laughing and playing amid affection and adoration? What tremendous torture he did undergo! Why did the killers take my Russell away by tormenting him so much—why, why, why?

Shall I ever get an answer to this‘why’?”

The ‘little Russell’ of that day is an indelible name written with blood-letters in the heart of Bangladesh. What was the crime of that child in its early teens with dreamy, bright eyes and endearing face? It was only that he was one of the children of Bangabandhu. This could happen because the intriguing killers had not a jot of patriotic zeal, nor did they have any gratitude to the undebated hero of Bengal, the Father of the Nation Bangabandhu Sheikh Mujibur Rahman, the person who underwent the torments of prison life forsaking personal joy, progress and gratification for the sake of the ultimate liberation of the hapless oppressed people of Bengal. The brutal killers were completely devoid of love, affection and kindness. Only one instruction was imprinted in the hearts and brains of these knuckleheads, and that was: none of the Bangabandhu family to be spared.  Greed and killing instinct so blinded them that they did not hesitate to kill that little Sheikh Russell ruthlessly along with other memmbers of the Bangabandhu family at that fateful night. The despicable, demonic, blood-thirsty killers might not have known what a loss they caused to this country.

We have some indications of what Sheikh Russell could have grown up into, if he had survived today, from the activities of Prime Minister Sheikh Hasina. She has doubtlessly proven the assumpsion that the the legacy of the ideal and the spirit of Bangabandhu would continue through the works of his children. So it is certain that if he were alive, Sheikh Russell would have inherited at least one thing from his father and that is love for people and a lesson to dedicate his life to their happiness and prosperity. Apart from the example set by his ‘Hasu Apa’, there are other evidences also to support this statement. Bangabandhu reportedly told Russell’s tutor Geetali Dasgupta that Russell wanted to know why he had not become Goutama Buddha. It is very amazing to expect from a boy of merely eleven who wants to see his father in the image of The Buddha, to be able to think about eradicating the sorrows of mankind when he grows up, as Gautam Buddha himself did.

On October 18, 1964, at midnight, when he adorned the lap of the Bangamata Sheikh Fazilatunnesa in Bangabandhu’s house at Road No. 32, Dhanmondi, his father was not present there. He was staying at Chattogramin a campaign for Mrs. Fatima Jinnah, the presidential candidate against the then Pakistani dictator Ayub Khan. Prime Minister Sheikh Hasina describes the moment of Russell's birth in the absence of the Guardian of their family in the following way:

“The moments before Russell’s birth were very anxious. Kamal, Jamal, Rehana, Khoka uncle and I were at home. Eldest aunty and her immediate younger sister were with my mother. A doctor and a nurse also came. Time seemed not to move. Jamal and Rehana tended to sleep for a while and then to wake up again. We were awake with sleepy eyes waiting to hear the message of the arrival of a new guest. My second eldest aunty came out of the house and told us that we had a brother. Our happiness knew no bounds. When to see him? Aunty said she would call. After a while the call came. Eldest aunty put Russell in my lap. Thick black hair on the head. Fluffy cheeks. Russell was born quite a big baby.”

Reminiscent of a heavenly child, this newborn was named after the foremost mathematician, philosopher and humanist of the then world, Bertrand Russell. Bangabandhu himself was a devoted reader and follower of Bertrand Russell and sometimes he used to read aloud and translate from his writings to Bangamata. From the naming of Sheikh Russell, the craving of both the parents for a cultured future of their son is clearly evident.

Sheikh Russell could stay in close contact with Bangabandhu for a very little amount of time owing to Bangabandhu’s selfless dedication for his country and people. Since Bangabandhu was most of the time away from home, and he (Russell) couldn’t see him. Russell would often address his mother as Father. But when Bangamata made visits along with her children to meet Bangabandhu in prison, one could understand how much Russell was fond of his father. Bangabandhu wrote about this in his Prison Diaries,“… Russell won’t break into a smile in the jail office till he sees me. … Everyone said that till I came into view, he had been looking at the window, saying ‘This is my father's house.’ This is what he believes is his father’s home! I always have to resort to a trick with him when it is time for me to leave.”

Another sign of this deep affection is that Russell became aware of his father’s deeds at a very young age: very much like Bangabandhu, Russell hadgrown deep sympathy for humans and animals since his childhood. He loved birds, particularly pigeons so much that he would feed them with his own hands. He also learned not to discriminate between the rich and the poor. He used to call the steward Abdul Miah‘brother’ and was fond of hearing stories from him. Again, at a very young age hedeveloped a habit of taking meals while sitting in the lap of the housekeeper known as Ambia’s mother. Growing a little older he did not forget that habit and would love to eat rice, along with the people who worked in the kitchen. That is, he did not learn to humiliate the people belonging to the working class.

Russell loved to hear the story of the freedom fighters and the Liberation War. When his elder brothers returned from the liberation war, he would listen to the stories of battles from them with deep interest and rapt attention. Perhaps, in his fancy, he liked to consider himself a soldier with the responsibility of defending the country against intruders. Therefore, being asked what he would become when he grew up he often answeredthat he would be an army officer.

Surely Russell would have become a famous army officer as he reamed in his childhood, or would have become a world-class scientist-philosopher like Bertrand Russell, or a world leader like Bangabandhu dedicated to the welfare of the people—there were immense possibilities lying ahead for this innocent flower of paradise—had he survived anyhow that fateful night.But alas! The deadly bullets of the blood-thirty, despicable killers stopped him there forever.In the brutal account of the errant murderer, he was only a bearer of Sheikh Mujib’s blood, so he was bound to die. He wailed saying "I’ll go to my mother" but was not spared, rather the killer vainly promised him to take him to his mother. Even when he saw the lifeless body of his mother and realized how cruel the killers were, he did not believe he would be killed. In tears, he begged them to send him to his‘Hasu Apa’. But he failed to melt the stone-like-heart of the cruel murder.

The cruelty, with which a child, as innocent as a heavenly flower, was butchered before any of his possibilities blossomed to the full, is rare in the history of the world. So this grief is not to be forgotten; it is inexhaustible, and the memory is an unending source of pain. Benumbed in bereavement, I pray silently to the Almighty, on the birth anniversary of Shahid Sheikh Russell that He may keep him well in the afterworld.

The writer is the Pro-Vice-Chancellor of Islamic University, Kushtia