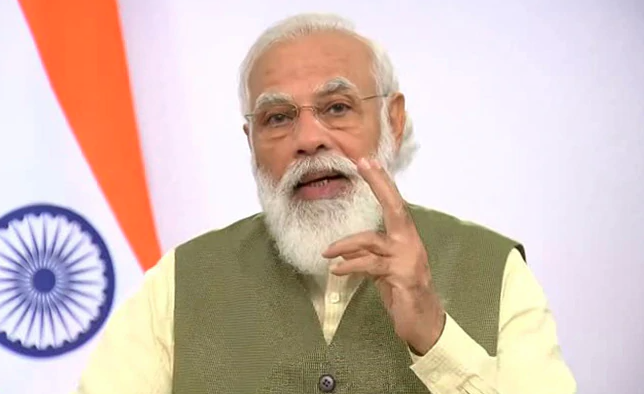 Indian Prime Minister Narendra Modi chaired a meeting on Saturday to review arrangements for the delivery and distribution of a coronavirus vaccine - when one is made available. Pointing to India's successful conduct of national elections, the Prime Minister suggested that vaccine distribution should involve state and UT governments and civil society organisations, and have a strong IT backbone that will boost India's healthcare system.

He also called for "speedy access" to the vaccine for all members of the population and directed officials to keep in mind the "geographical span and diversity of the country" when planning logistics.

According to a statement by the government, the Prime Minister said every step in the process had to be rigorously tested, and had to include planning for cold storage of vaccine doses, mechanisms to monitor vaccination clinics, and the preparation and stockpiling of ancillary equipment like syringes.

Indian National Expert Group on Vaccine Administration for COVID-19 (NEGVAC) is working in consultation with states and UTs, as well as all relevant stakeholders, to prepare a detailed blueprint for the storage, distribution and administration of the Covid vaccine, the government said.

This is the second such meeting the Prime Minister has led in the past 48 hours and comes after the Health Ministry reported an "unprecedented" achievement this morning - that active Covid cases in the country dropped below eight lakh for the first time in 46 days.

The country continues to record tens of thousands of new cases per day - over 62,000 were reported in the past 24 hours, according to the Health Ministry. However, the number of people recovering from the infection was higher - over 70,000.

The Prime Minister focused on vaccine delivery in Thursday's meeting as well, taking stock of mechanisms for adequate procurement, and technologies for stockpiling of vaccine doses.

Three potential vaccines are in advanced stages of development in India, of which two are in Phase II and the other - Covishield, which was developed jointly by the University of Oxford and pharma giant AstraZeneca - is in Phase III.

Last month hospitals in Mumbai and Pune began advanced human trials of Covishield, which (if proven successful) will be manufactured by the Serum Institute of India (SII), the world's largest vaccine manufacturer by volume.

At today's meeting the Prime Minister also appealed to people to maintain social distancing and practice restraint, particularly during the forthcoming festive season - an appeal also made by Dr Harsh Vardhan. He also cautioned against complacency as the number of cases begins to decline.

India has logged over 74 lakh Covid cases since the pandemic began in China's Wuhan in December last year. Of these, 1.13 lakh are deaths linked to the virus and around 65.2 lakh are recoveries.