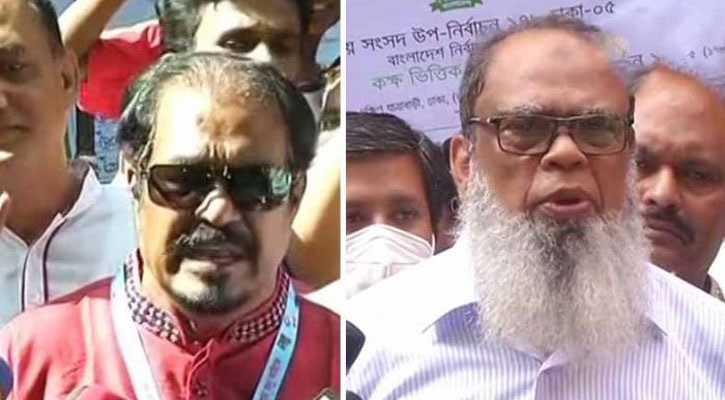 Voting in the by-elections to Dhaka-5 and Naogaon-6 constituencies ended at 5:00 pm on Saturday through electronic voting machines (EVMs) instead of traditional ballot papers.

The voting in the by-polls started around 9:00am and continued till 5:00pm without any break.

In the Dhaka-5 constituency, six MP candidates, including Md Kazi Monirul Islam nominated by AL and Salauddin Ahmed nominated by BNP are there in the electoral race.

The Dhaka-5 fell vacant following the death of Awami League MP Habibur Rahman Mollah on May 6 while that of Nagaon-6 following the demise of AL MP Israfil Alam on July 27.