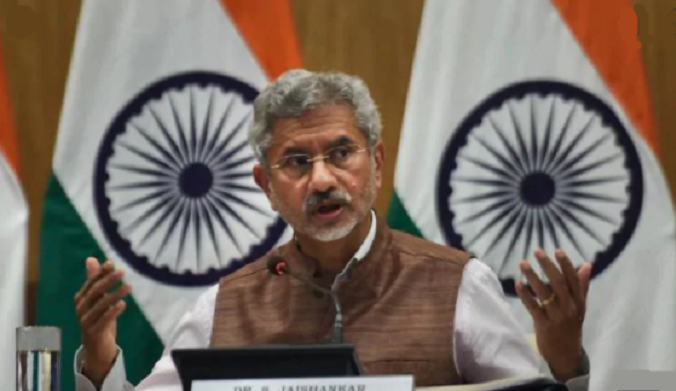 While speaking to former Australia Prime Minister Kevin Rudd at an event hosted by Asia Society, Jaishankar said: “It obviously has had a deep public impact, and a very major political impact and it has left the relationship profoundly disturbed.... Today, there are very large number of troops with weapons concentrated on that segment of the border, and that is a very critical security challenge that we face.”

He stated that China’s actions at the border was a sharp departure from a course of relationship over 30 years, since Rajiv Gandhi was the Prime Minister.

He stated that a basis for peace and tranquillity along the Line of Actual Control (LAC) was made between the two neighbouring countries, including multiple agreements starting from 1993, which limited the presence of military forces at border areas, the behaviour of troops and more.

“What we saw this year was a departure from this entire set of agreements, and the massing of large amounts of Chinese forces on the border was clearly contradictory to those agreements. When you have friction points which was the large number of troops at different points, very close to each other, then something tragic happens than what happened on June 15. To underline the enormity of the incident, it was the first military casualty we have had after 1975,” said Jaishankar.

He also mentioned a summit that took place between Prime Minister Narendra Modi and Chinese President Xi Jinping in 2019, where they talked to each other about their concerns.

“A lot of discussions were about the future, our prospects, the issues between us, and our history. If you look back at the India-China relations, there is more in common than we tend to believe,” he added.

The two countries have been engaged in a standoff position since April-May timeframe and the Chinese have refused to vacate areas in the Finger area and other friction points in the Eastern Ladakh area.

20 Indian soldiers had lost their lives in a violent face-off in the Galwan valley on June 15-16 when Chinese troops attempted to unilaterally change the status quo during the de-escalation.

Multiple rounds of talks have also failed to yield any significant result in defusing the tensions and now the Indian side has prepared itself for long term deployment in the high mountainous region.