No message for talks sent to Pakistan, says MEA 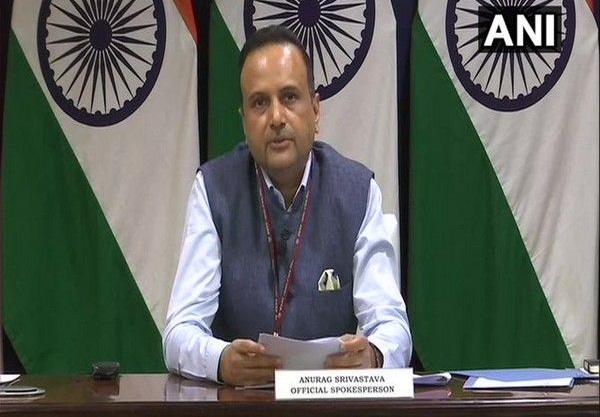 India has sent no message for talks as claimed by Pakistan Prime Minister Imran Khan's advisor on national security and strategic policy planning in an interview.

India has said environment is not conducive for talks as Pakistan continues to support terror and is involved in spreading hate against India.

Pak official Moeed W Yusuf had said, "We have got a message for a desire for conversation".

"We have seen reports on the interview by a senior Pakistani official to an Indian media outlet. He has commented on India's internal matters. As always, this is Pakistan's effort to divert attention from domestic failures of the present government and mislead its domestic constituents by pulling India into headlines on a daily basis," he said.

Srivastava said the official is well advised to restrict his advise to his establishment and not to comment on India's domestic policy.

"The statements made by him are contrary to facts on the ground, misleading and fictitious. As regards the purported message, let me make it clear that no such message was sent from our side" he said.

The MEA spokesperson said Pakistan continues to support, aid and abet cross-border terrorism against India and has also been resorting to unprovoked ceasefire violations to support terrorist infiltration.

"The Pakistani leadership continues to indulge in inappropriate, provocative and hate speech against India. Such support to terrorism against India and use of derogatory and abusive language is not conducive to normal neighbourly relations," he said. (ANI)