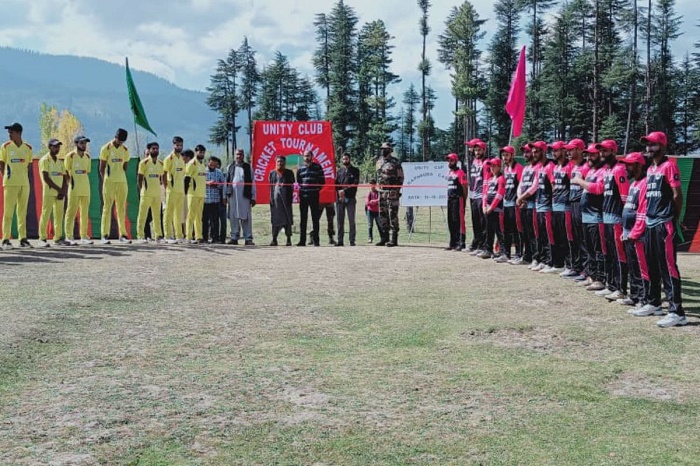 Cricket fever has gripped the Union Territory of Jammu and Kashmir with the launch of the Unity Cup Cricket Tournament on Thursday.

A total of 24 local teams have registered for the tournament organised by Vilgam Battalion in North Kashmir. The inaugural match was played at Wooder between HCC Haphruda and Malikpora United.

The main focus of organising the tournament is to elevate the sportsmen spirit and brotherhood amidst the youths and also, to identify the natural talents and, train and prepare them for State & National trial camps.

The tournament format follows knockout matches within the pool and the top eight teams shall be the respective pool winners, which will be invited over to play the quarter-final league matches.

Jammu & Kashmir has produced players of repute. After Parveeez Rasool and Rasikh Salam, Abdul Samad became the third player from the valley to play in the IPL.

He started playing List A, first-class cricket and T20 for Jammu and Kashmir last year.