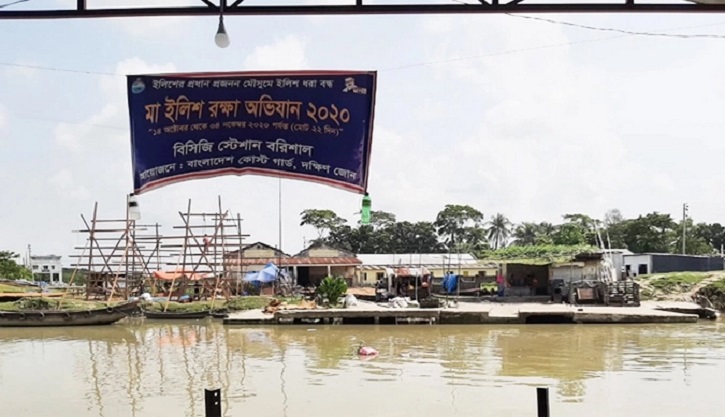 Mobile courts assisted by River Police have jailed and fined 178 fishermen for catching hilsa defying government ban from different rivers across the country in the last three days starting from October 14.

The fishermen were awarded different terms of jail and fined Tk 6.64 lakh. Around 65.99 lakh meters of current nets and 3.36 metric ton of hilsa fishes were also seized during the drives at different parts of the country including the coastal districts.

The seized current nets were burnt and the fish were distributed among poor people, the police officer said.

The government imposed a 22-day ban on catching, selling, storing and transporting Hilsa from October 14 to November 4, to ensure safe spawning of the national fish during its peak breeding period.

Officials from the Ministry of Fisheries and Livestock, River Police, local administrations are conducting drives across the country.