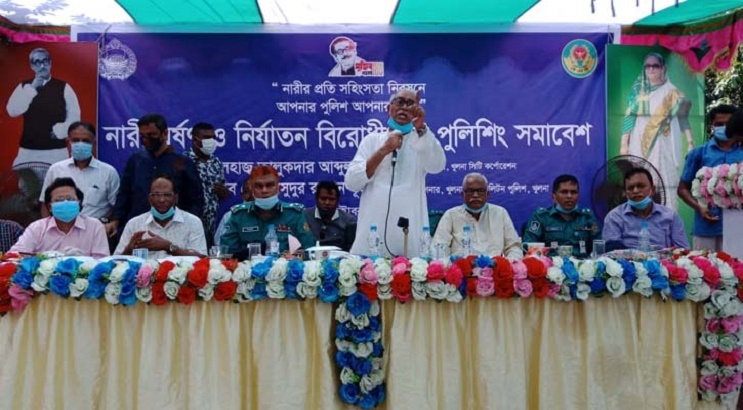 Khulna Metropolitan Police (KMP) has organised an anti-rape and anti-violence rally in Khulna city to create public awareness against rape and violence against women.

The rally was held on the premises of Ward No 29 councilor office on Saturday noon.

Significant number of women, public representatives, teachers, imams of mosques and people from different walks of life, among others, were present in the rally.

Earlier on Friday, Bangladesh Police announced to organise anti-rape and anti-violence rallies in 6,912 bit policing areas across the country on Saturday to create public awareness against rape and violence against women.