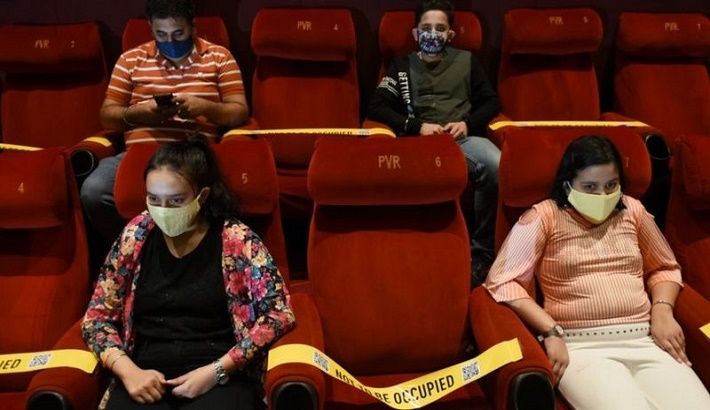 Cinemas have reopened in India after a seven month-long break forced by Covid-19. But with barely any new films being made and the pandemic still raging, lockdown losses will haunt its comeback, reports the BBC's Krutika Pathi.

Many of India's nearly 10,000 cinema halls closed in March, just as coronavirus cases had started to appear and even before the government imposed a lockdown, BBC reported.

India continues to reopen, despite having the second-highest caseload in the world.

On Thursday, just as film theatres in several states welcomed customers, India's health ministry confirmed 680 deaths in the last 24 hours, its lowest in nearly three months. Daily averages of case numbers have also dipped in recent weeks, but experts say any slowdown must be greeted with caution.