National Museum of Science and Technology: A dream revived 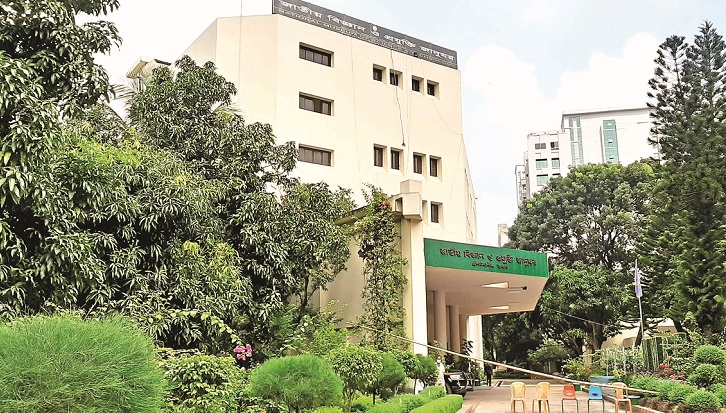 Entering the National Museum of Science and Technology (NMST) at the capital’s Sher-e-Bangla Nagar in Agargaon, visitors will surely be amazed with the sight of a solar garden developed in front of the main building where all the planets are featured imitating the solar system.

Spectators, especially the kids, will come to realise the position of each planet surrounding the sun from it.

Walking about fifty yards from there if one approaches the second gate of the museum, one will discover a wonderful replica of the world renowned British passenger liner-- Titanic.

The museum authorities expect that when the visitors will be allowed to board the ship, constructed by the Khulna Shipyard, it will vibrate on the water and smoke will billow out of the four smokestacks set up on it!

These two initiatives are the symbols of how the museum authorities have combined science learning with entertainment to draw young pupils.

Apart from solar garden and Titanic’s replica, a number of structures including an old F-6 fighter aircraft and two old beaver aircrafts are also exhibited on the museum campus.

The NMST area has turned into a sanctuary of several hundreds of birds. They are regularly fed by the museum authorities.

These adorable birds and beautiful fishes displayed at an aquarium in the Min Chattar have perfectly complemented the greeneries of the big museum campus.

And when it comes to the eight galleries of the National Museum of Science and Technology, the authorities have been enriching them with fresh objects being added gradually.

Besides, a science park, sky observatory and a science library are also there to satiate the thirst of knowledge seekers.

While visiting the NMST last week this correspondent has found that the establishment has got a new life in recent years.

Muhammad Munir Chowdhury, director general of the National Museum of Science and Technology, said: “When I took charge of the museum, I found it as an institution full of disorder and irregularities. The overall environment was filthy and unattractive for the visitors.”

“Bringing a drastic change to the total environment, I have established discipline here. My colleagues have supported me. And simultaneously we focused on increasing the variety of contents and involving more young minds with our activities,” he added.

The NMST, established on April 26, 1965 is responsible for spreading science practice in the country. The institution has been organising science fairs, science olympiads, seminars, workshops and science lectures throughout Bangladesh.

The museum is arranging mobile science exhibitions through its three 4D movie buses and two observatory buses. Four modern museum buses will be added soon for quenching the thirst of students.

The NMST is not only sending its officials abroad for receiving advanced training but also finding out young scientists and arranging and sponsoring foreign tours for them so that they can participate in international competitions.

Besides, the museum has been patronising hundreds of science clubs and universities for developing science practice and education across the country.

Usually, the science enthusiasts can visit the museum from 9am to 5pm from Sunday to Wednesday. On Friday it opens at 2pm and closes at 6pm. The museum remains close on Thursday.

Visitors can observe the sky every Friday and Saturday evening if the sky remains clear.

Spectators need to pay Tk10 for collecting a ticket of the NMST. They can watch 4D movies spending Tk40 though there are discounts for school students.

However, the National Museum of Science and Technology is closed now due to the Coronavirus outbreak. By the time it reopens, interested people can join its activities online.