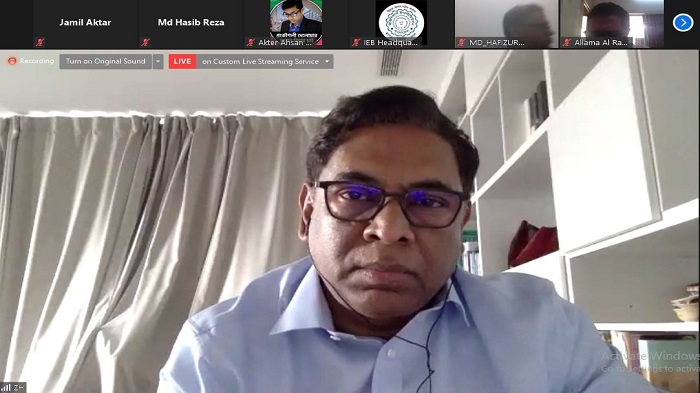 Modern technology is continuously being incorporated in power distribution and transmission channel. Government is also giving special emphasis on human resources development to combat the future demand, he added.

The minister made the statements while speaking as the chief guest at a webinar titled "Energy Security of Bangladesh: Issues & Options" organized by the Mechanical Engineering Department of the Institution of Engineers, Bangladesh (IEB) on Friday.

He said engine efficiency of an oil powered vehicle is 20% where it is 80% in an electricity powered vehicle. Therefore, the government should ensure policy support to increase the number of electronic vehicles. The power division will arrange sufficient charging stations in that case, Nasrul added.

Along with the infrastructural development, the demand for energy and electricity is also increasing swiftly, he further said.

Engineer Mohammad Nasir Uddin, Chairman, Department of Mechanical Engineering of the Institution of Engineers, presided over the seminar.