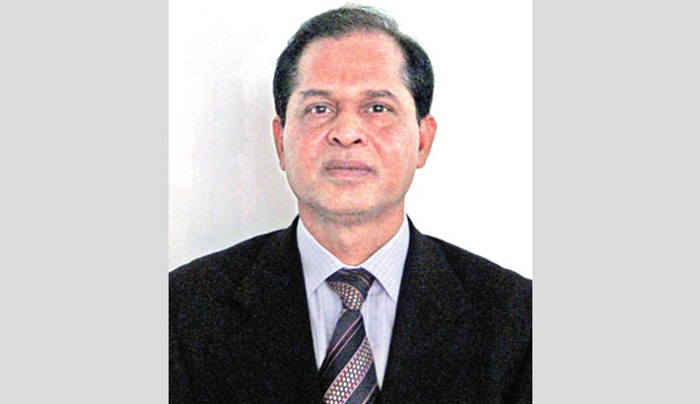 We know that thousands of Bangalees were working in the Government offices or in the private sector in the then western part of Pakistan (present Pakistan), while the people of its eastern part (Bangladesh) were struggling for independence. For obvious reason, once our war of liberation started, they could not come back to their homes in Bangladesh.

Naturally, those Bangalees, staying in different areas of Pakistan, were passing their days in tension and misery. They did not know when Pakistanis would start inhuman torture on them. In fact, they were waiting to face the bad times. Within a few months, the Pakistanis started picking up the Bangalees from various corners of Pakistan and putting them in different concentration camps. We, including their relatives here, were worried about their welfare and even life.

In that message, Bangabandhu said that he received shocking news every day about the condition of the Bangalees living in Pakistan. It was learned from those reports that the Bangalees detained in Pakistan were living in a state of insecurity and panic.

The message further said that in many places, Bangalees were deprived of even water and electricity supply. A good number of Bangalees had been detained in unknown concentration camps. There had also been reports of killings, torture and looting in Karachi and many other cities. The people of Bangladesh were very concerned about the safety of lives and property of those Bangalees living in Pakistan.

Bangabandhu told the UN Secretary General, "Until the arrangements of bringing back the Bangalees to Bangladesh through the Red Cross are made, please exert your influence for their safety there." In this context, Bangabandhu reminded the Secretary General that all possible measures had been taken to ensure the safety of the non-Bengalis living in Bangladesh.

As no development for their repatriation was visible, the Bangalees detained in Pakistan and their relatives in Bangladesh were passing their days with inhuman misery and uncertainty. The situation in the concentration camps was deteriorating every day. Understanding the urgency of the issue, Bangabandhu, on 14 October 1972, wrote a letter to the UN Secretary General Dr. Kurt Waldheim expressing his grave concern over the rapidly deteriorating conditions of the stranded Bangalees in Pakistan and sought his good offices for their expeditious repatriation.

In his letter, Bangabandhu wrote-

“I have the honour to bring to your attention the rapidly deteriorating condition my countrymen stranded in Pakistan. As you are aware, the Bangalees living in Pakistan consist of military personnel, civilian officials and a large number of private persons who have not only been deprived of the means of earning their livelihood, but prevented from returning to their homeland. These persons are entirely innocent and did not commit any crime whatsoever. The authorities in Rawalpindi have already asked the civilian and military Bangalee officials to exercise their option whether they would serve Pakistan or Bangladesh.

By calling of such option they have explicitly acknowledged that these persons are Bangladesh nationals who are entitled to the universally accepted rights to human treatment as resident aliens and to repatriation to Bangladesh. Further, all persons of Bangalee origin who have expressed their desire to return to Bangladesh have a similar right. Instead of allowing them to return to Bangladesh, various steps have been taken deliberately to subject them to growing hardship and persecution. Latest reports indicate that even civilian personnel are being interned in special camps.

In contrast, persons of non-Bangalee origin living in Bangladesh and owing allegiance to Pakistan have, within our limited resources, been given equitable treatment despite their provocative role in the liberation struggle. International humanitarian agencies have at all times had access to these persons.

In this connection, it may be recalled that Your Excellency’s representative, Mr. Guicciardi, who visited Bangladesh earlier this year, was afforded all facilities to see personally the arrangements made by my Government for the safety and well-being of persons of non-Bangalee origin living in Bangladesh. I shall, therefore, be grateful if you could kindly consider sending a representative to enquire into the condition of the Bangalees living in Pakistan. Please accept, Your Excellency, the assurances of my highest consideration.”

On 29 March 1973, Bangabandhu Sheikh Mujibur Rahman sent another letter to the UN Secretary General Dr. Kurt Waldheim requesting him to arrange neutral ships at the initiative of the United Nations for the repatriation of 15,000 Bangalees proposed from Pakistan.

Bangabandhu said that it would be reasonable and cost-effective to use the Karachi-Chittagong sea route to bring back the vast majority of the stranded Bangalees, who are staying in Karachi. He also added that those ships could take back 20,000 Pakistanis from Bangladesh on their way back from Chittagong to Karachi.

In that letter, Bangabandhu also said that during the visit of the UN Secretary General to Bangladesh on 9 February 1973, they had detail discussion on this humanitarian issue.

At that time Bangabandhu said that all Bangalees from Pakistan and all Pakistanis from Bangladesh could be repatriated immediately without any preconditions. Bangladesh believed that if this proposal was accepted, there would be a bright prospect of resolving all the unresolved humanitarian issues in the sub-continent.

According to sources, Bangabandhu's humanitarian initiative was welcomed at the UN and the Secretary General had considered it with utmost sympathy.

We know that the repatriation of Bangalees from Pakistan had begun when the first batch of 168 Bangalees returned home on 19 September 1973.