Covid: Bangladesh women bear the economic and social brunt the most 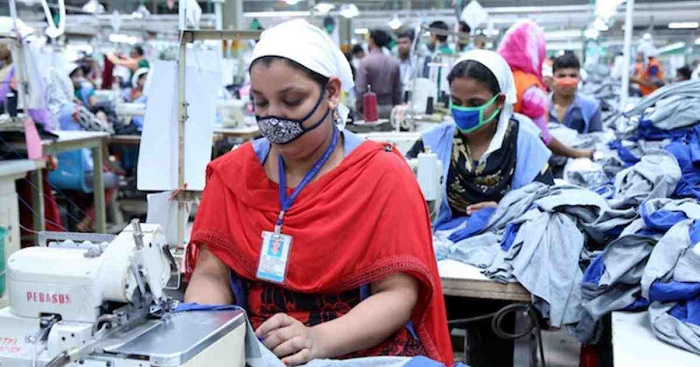 International Day of Rural Women serves as a reminder that a sustainable future is not possible without the involvement and upliftment of the fairer sex in the society. But like their counterparts in many other countries, women in Bangladesh too are bearing the brunt of the economic and social fallout of Covid-19.

In Bangladesh, some 98 percent of women employed in households, garment factories and the construction sector have lost their jobs since March because of the economic impact of the Covid pandemic. And only 8.50 percent of women who stayed employed in March received their wages that month, a women rights organisation has claimed.

What made the challenges for coronavirus even worse for women were sexual assaults and domestic violence. Yes, with the surge in Covid cases in Bangladesh, there has been a rise in crimes against women.

In March alone, some 64 cases of rape and over 300 cases of domestic violence were reported in Bogra, Jamalpur and Cox’s Bazar districts. In April, some 4,249 women became victims of various forms of violence, the lion’s share of whom being from rural areas, according to Salma Sabiha, the coordinator of COAST Trust.

Revealing the figures on the eve of the International Day of Rural Women at a virtual press meet, Salma urged women subjected to any kind of violence to call the hotline (10921) of the Ministry of Women and Children's Affairs to seek government protection.

"There should be awareness and campaigns among women so that they can also easily get services from the National Emergency Number 999 and Prevention of Violence Against Women and Child Marriage Number 109," she said, adding that the government should plan a ‘zero tolerance’ policy on any kind of violence against women.

According to the National Committee for the Celebration of International Rural Women’s Day, the organiser of the media meet, various voluntary and development non-government organisations in Bangladesh have been celebrating the day on October 15 since 2000. The virtual meet was chaired by Shamima Akhtar, the Committee's chairperson.

On her part, Ferdous Ara Rumi said, "The patriarchal mentality of men is responsible for the inferior position of women in the society. It is not possible to bring equality to women without eliminating discrimination and violence against women."

The most horrific and heinous form of violence against women is rape. According to Ain o Shalish Kendro, there were 975 rapes in August alone. Moreover, an average of 111 women are raped every month. Most of them are rural women and children, she said.

"We should take joint efforts to address the barriers of rural women. We will stand by women in cases of violence against them during the Covid period," said Shamima Akhter.

Manjushree Saha said that the contribution of rural women in development is immense. "Especially in agriculture. Building resistance to violence against rural women is not the only issue. Everyone, including the public representatives and the local government, have to work together," she said.