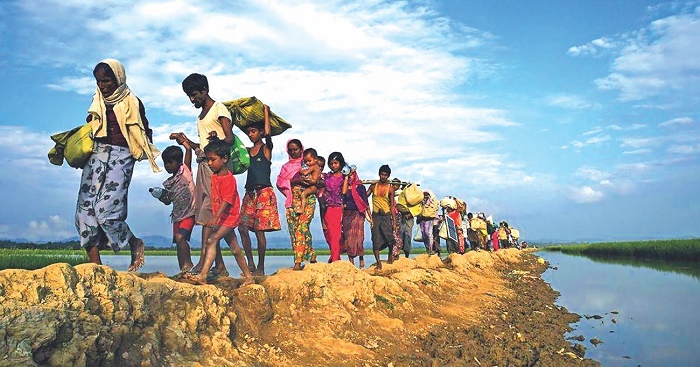 India has decided to join an international donor conference for urgent humanitarian support for Rohingya refugees.

The conference to be held on October 22 is organised by United States of America, United Kingdom, European Union and UN Refugees and host countries.

Spokesperson of Ministry of External Affairs Anurag Srivastava confirmed it.

"We have got an invitation to join the conference." He added that India has  highest stake  for safe and sustained repatriation of displaced persons from the Rakhine states. As a neighbour of both Bangladesh and Myanmar, we are committed to it."

The reason for holding this conference that there is a significant gap in the international response to the crisis this year ,with contributions to covering less than half of what is needed.

State department of US has said in a press release that the co-hosts will call on the international community to provide much needed funding to assist Rohingya refugees, host communities, and internally displaced people in Myyanmar.

In this context the conference is planned to address the Rohingya crisis as a whole. This will be a virtual conference to flag the issue internationally. This conference is organised after a gap of two years.