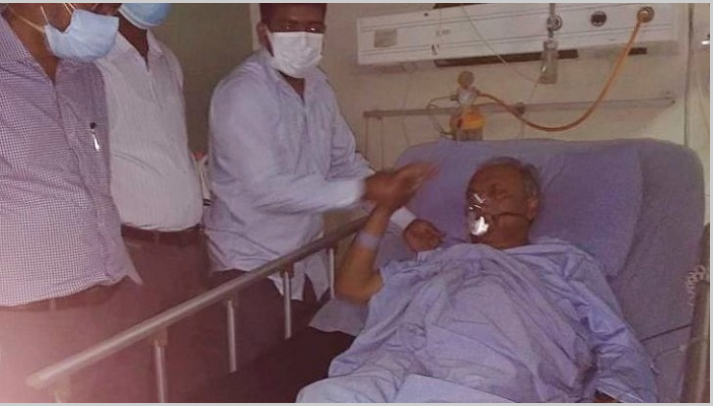 The health condition of senior joint secretary general of Bangladesh Nationalist Party (BNP) Ruhul Kabir Rizvi, who is receiving treatment of heart disease at a hospital in the capital, is now much better than before.

Rizvi underwent angiogram at around 10:30am on Thursday. Although there was  a mild block in his heart, the block has been removed as an injection was pushed. But he will have to stay in hospital for next four weeks under doctor’s obeservation. Then again, an angiogam test will be conducted.

Arifur Rahman Tushar, an assistant of Ruhul Kabir Rizvi, came up with the information on Thursday quoting physcian of the hospital.

Tushar said, “The physical condition of Ruhul Kabir Rizvi is improving now. Doctors kept him under intensive observation. He is now receving normal food. Besides, adequate rest has been advised for his recovery. Pysicians as well as nurses of the hospital are enquiring his health always.”

Earlier on Tuesday noon, the senior leader of BNP felt chest pain after attending a human chain program in front of the National Press Club in Dhaka.

He rushed to Islami Bank Hospital at Kakrail soon after his illness.

The BNP leader is now receiving treatment at the Coronary Care Unit (CCU) of Lab Aid Hospital in the capital.