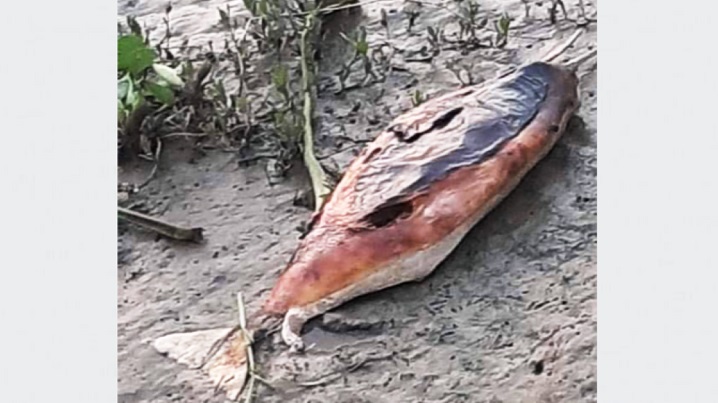 A dead dolphin was found in Halda River of Chattogram on Tuesday night.

Locals spotted the partially decomposed and 48 inch long dolphin at 8 pm and buried it, said Gujra UP Chairman Lion Sahabuddin Arif in Raozan.

It had injury marks on its body and fishing net was tangled with its tail, he said, suspecting that the dolphin was hit by an engine-run boat after being trapped in a fishing net.

In the past two and half years, a total of 27 dolphins have died in Halda River, he said.

Wildlife Management and Nature Conservation Division officials said the dolphin is locally known as ‘Utom’ or ‘Susuk’ which is found in fresh water.

International Union for Conservation of Nature (IUDN) already marked it on the red list as it is a rare species which is on the verge of extinction.

In 2010, the government announced a sanctuary for fish in 40 km areas from Nazirhat to Kalurghat in Chattogram.