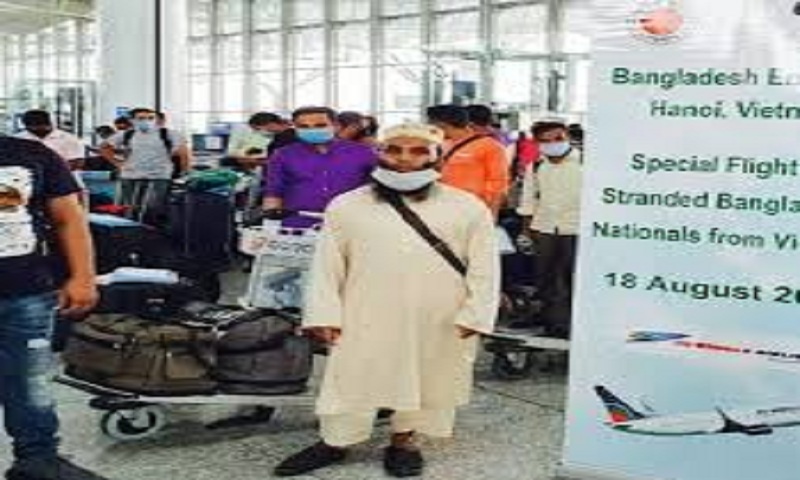 Organised gangs of human-traffickers having link with airport immigration police are reportedly sending many innocent Bangladeshi fortune-seekers abroad illegally, enticing them to have good jobs there.

The gang members are sending  fortune seekers giving  them hope of lucrative jobs abroad in exchange for a big amount of money.

But within a short time, such job seekers are apprehended and forced to return home empty-handed, detective sources said.

In the wake of such allegation, a mobile court of the Rapid Action Battalion (RAB) on Monday afternoon conducted a drive at a recruiting agency office “Visa Guide Centre” at 9th floor of Shah Ali Market in the capital’s Mirpur area.

Its owner and staff were involved in trafficking many Bangladeshi job seekers abroad illegally.

RAB-3 executive magistrate Palash Kumar Bashu said alluring the fortune seekers with good jobs with handsome salary, the recruiting agency has been trafficking many Bangladeshis to Canada, Japan and many European countries like Italy, Spain, England and Greece in exchange of Tk10 lank to Tk15 lakh. They are sending them with false visas.

As they are sent with false visas, they are arrested by that country’s police and forced to return home, he added.

Besides, trapped by the human traffickers, the innocent workers are also going to Malaysia and Thailand by engine-trawler on waterways via the Bay of Bengal to make their fortune risking their lives.

While trafficking the workers, often, incidents of trawler capsize take place on this river route resulting in a huge loss of life.

According to the detective sources, organised human-traffickers have selected different coastal areas including Teknaf, Kutubdia, Katabunia, Maheshkhali and Hariakhali under Cox’s Bazar and port city Chittagong in the Bay of Bengal as safe routes for trafficking poor Bangladeshi fortune-seekers in Malaysia and Thailand.

According to local police, above 2,000 human traffickers in this coastal district alone have been trying to become active through starting contact with their brokers who allured people from different areas of the district and Rohingyas.

The poor and ignorant Bangladeshi people with voyage on long naval routes by the tiny engine-trawlers usually fall victim to stormy wind and other natural disaster and lose their valuable lives.

Law enforcers are also failing to stop the human-trafficking through these coastal routes, local people said.

Recently, Macedonia police rescued a group of foreign citizens including 144 Bangladeshis from its southern border with Greece. They were being trafficked, a foreign news agency reported.

Authorities in North Macedonia found 144 Bangladeshis in a truck near the country’s southern border with Greece during a routine check on a regional road, police said.

The migrants were detained and transferred to a shelter transit center in Gevgelija pending deportation back to Greece.

The Greek border with North Macedonia was closed earlier this year due to the coronavirus pandemic, but trafficking networks remain active in the area, ferrying migrants who make their way from Turkey into Greece and then head north toward more prosperous countries in the European Union’s centre and north.

Detective sources said many innocent Bangladeshi expatriates mostly staying in Libya have been held hostage by organised gangs of both local and international human-traffickers.

Through holding these innocent and poor Bangladeshi jobseekers hostage in their hideouts, such organised gangsters are allegedly realising a huge sum of money from their family members in exchange of their freedom, detective sources said.

Recently, members of the RAB and CID arrested a number of such gangsters from different parts of the country including the capital.

RAB and CID sources said Bangladesh police have arrested more than 50 suspected human-traffickers accused of extorting money from many innocent Bangladeshi people on false promises of jobs overseas in a major crackdown on human trafficking after 26 Bangladeshi migrants were murdered in Libya.