A life-long fighter against corruption 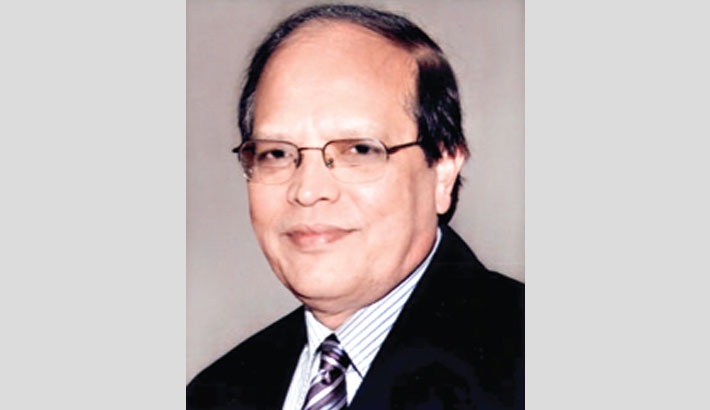 Can you imagine what could be the emotional response of Sheikh Mujib, an anti-corruption crusader, when one of the charges framed against him after his arrest in 1958 by the military government of General Ayub Khan was indulging in corruption? One can only feel the depth of his predicament. He was simply heartbroken. He could clearly see this fabricated allegation was a part of a deeper conspiracy to demean him politically, as he was the most outspoken critic of the Pakistani ruling clique and hence the most adored leader in East Pakistan. People simply loved him come what may. It may be noted here that Sheikh Mujibur Rahman was arrested on October 12, 1958, on some flimsy charges of corruption. Not long before this, he had been serving as the Commerce, Industries, Labour and Anti-corruption minister. A report of an interview with Sheikh Mujibur Rahman by an Intelligence Branch official said, “He was sorry that he was charged with corruption. He separated the Anti-Corruption Department from that of the Police.” (Hasina, Sheikh, editor, ‘SECRET DOCUMENTS OF INTELLIGENCE BRANCH ON THE FATHER OF THE NATION BANGABANDHU SHEIKH MUJIBUR RAHMAN’, Volume-5, Hakkani Publishers, 2019, p.258).

Sheikh Mujib was a passionate fighter against corruption both during his political journey and while holding the ministerial position. He even asked people to write to him directly in postcards against any act of corruption so that he could address the same. In fact, the fight against corruption was the main anchor of his political career as reported by the intelligence officials, who were shadowing him all the time. Almost all his speeches reflected on the sorry state of corruption in the governance system of the province at that time. For example, on 24th and 25th July 1955, he said, “A section of the people is responsible for our people’s miseries.

From time immemorial men have been doing harm to men, and struggle is going on against them.” He also said, “If the ministry does good work and can root out corruption and bribery, I promise that I shall not seek election to the Legislative Assembly. Officers in lower rank take bribe because those who are at the top of the administration are not free from corruption and bribery.” (Hasina, Sheikh, editor, ibid., Volume-4, p.313-315).

When he was still a young politician in his early thirties, he was equally focused on the issue of corruption. While visiting China in 1952 he noted that the problem of corruption was being seriously addressed by the new leadership of the country. In ‘The New China as I saw’, Sheikh Mujib wrote that when the leaders were corrupt in a nation, the officials and people also became corrupt as well. According to him, corruption is like a ‘cancer’ in society that is not easy to get rid of. Government officials are often too afraid to speak up because of the range of power that corrupt politicians can yield. Corruption cannot be stopped without a change in the nation’s ideals and work procedure (Sheikh Mujibur Rahman, Bengali version of ‘The New China as I saw’, Bangla Academy, 2020, p.104-105). This level of understanding of corruption must have accompanied him throughout his political life.

When Mujib was a young worker, he was surprised by how people took bribes from others when he came across a corrupt MLA. He wrote, “…Till that time, I had no idea that members of the Legislative Assembly were capable of being bribed in such a manner. These were the people who were representing the province and the masses! I remember that we had been given the task of guarding a few members so that they could not desert the party…One of these MLAs was confined to the Muslim League office. He tried to leave again and again but failed to do so because of our vigilance. After a while he told us, ‘Let me go; don’t worry. The opposition is offering us some money and if I make some money this way why should it bother you all? For, in any case, I will vote for the Muslim League.’ I looked at him incredulously. He was an old man and looked impressive and was educated – how could such a man say such things to us? He would accept money from a party that wasn’t his own and yet not vote for it despite being bribed to do so. To what depths had the people of our society sunk!” (Sheikh Mujibur Rahman, ‘The Unfinished Memoirs’, UPL, 2019, ninth print, p.35-36). This ethical realisation, at such a young age, amply speaks about his strong moral base.

As we have discussed in the previous article, his family had to go through a tough time when he was in prison.  His wife was finding it very difficult to rent a moderate house as she belonged to Sheikh Mujibur Rahman’s family (Hasina, Sheikh, editor, ‘SECRET DOCUMENTS OF INTELLIGENCE BRANCH ON THE FATHER OF THE NATION BANGABANDHU SHEIKH MUJIBUR RAHMAN’, Volume-5, Hakkani Publishers, 2019, p.179). In addition, when the IB officers looked into his assets they found nothing that a corrupt person would have possessed. For instance, the car he used was a gift from Mr. Suhrawardy and he had only three thousand Rupees in the bank (ibid, p.269-270). Not surprisingly, he was acquitted from all allegations and the government then resorted to detaining him under the Public Security Act, the most regressive legal binding which had no trace of accountability for the government. The government could extend the detention of the accused without showing any evidence or taking him to the court for a hearing. He endured all this just because he was a pro-people politician, who wanted to bring changes in the lives and livelihoods of the masses through a legitimate and transparent governance system. Given his early experience of seeing the undesired activities of the lawmakers, he could speak his mind loudly on this issue at the Constituent Assembly against the lawmakers. At the Pakistan Legislative Council on 14th February 1956, he said, “If you want to earn money you can earn outside, but when you have come as a representative of the people to serve the people, then you should not become rich at the expense of the poor, because it is the poor who give the taxes, it is their money; you have no right to enjoy at their expense.”

And this fight against corruption continued until his last days when he was actually leading the country as its elected leader. In one of his speeches, he said that the peasants and workers were not corrupt. Rather, according to him the educated were the most corrupt (MonaemSarker, Bangalir Kantha, Agami Prokashani, 1998, p. 399). In yet another speech, he said, “The nation must be united against corruption. The corruption cannot be uprooted only by enacting laws. You have to mobilise public opinion against and at the same time, the system must change. It is impossible to eradicate corruption through this archaic system.” (ibid, p. 427). And for that matter, he embarked on the ‘system change’ strategy to decentralise the administration so that officials can provide the public services in a transparent way. In fact, he went further and called for an intensive struggle against the corrupt. In the same vein as he said on 7th March 1971 he once again reiterated,” We have to build forte in each of our houses to eliminate the corrupt. We need to do this to help remove the source of sorrows of our people. If you can eliminate the corrupt at least 25 to 30 percent of the sorrows of our people will be mitigated.” (ibid. 411-12). Though unfulfilled, his dream for a corruption-free Bangladesh still persists.