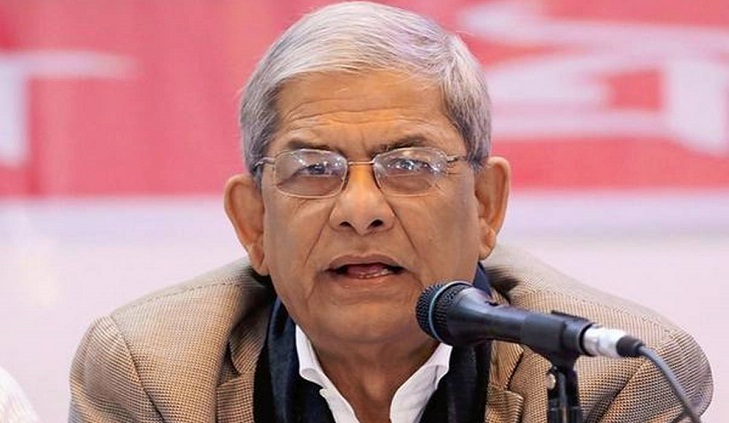 A group of supporters of BNP leader M Kofiluddin Ahmed on Saturday threw eggs and stones towards the house of party Secretary General Mirza Fakhrul Islam Alamgir in the capital’s Uttara area.

Witnesses and party insiders claimed that around 100 supporters of Kofiluddin gathered Fakhrul’s house at sector No-4 around 3pm and started demonstration there demanding the party’s decision of nominating SM Jahangir for contesting the Dhaka-18 by-polls be revoked.

They also chanted various slogans in favour of Kofiluddin and demanded that he should be given the party ticket.

At one stage, some protesters threw eggs and stones towards Fakhrul’s house, damaging some window-panes.

Fakhrul was at home during the attack.

However, BNP claimed that government ‘agents’ were behind the attack on Fakhrul’s house.

He said government agents carried out the attack to divert the ongoing movement against rape and violence against women to a different direction.

On Friday, BNP picked SM Jahangir and Selim Reza as its candidates to contest the upcoming Dhaka-18 and Sirajganj-1 by-elections.

Fakhrul announced the names of the candidates of “Sheaf of Paddy’ for the two by-polls at a press conference at BNP Chairperson’s Gulshan office.

The by-elections to the two constituencies will be held on November 12 using electronic voting machines.

On September 12, nine aspirants, including Jahangir and Kofiluddin faced an interview of BNP’s nomination board to get the party’s ticket to contest the Dhaka-18 by-election.