The naturist couple that travels the world naked 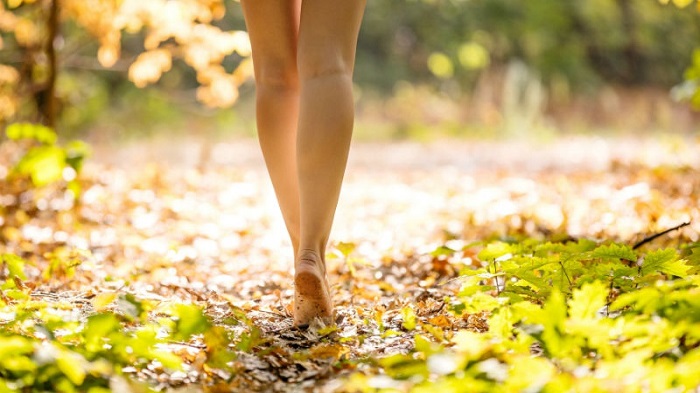 At the beginning of the coronavirus pandemic, Nick and Lins De Corte were stuck in Mexico, unable to get flights back to Europe as borders closed and travel restrictions heightened.

"We were three months in, I would say, semi-lockdown," recalls Nick. "But it wasn't that bad," says his partner Lins. "We had a nude beach."

Thirty-something Belgian couple Nick and Lins are naturists. They travel the world unclothed wherever possible, documenting their adventures on their blog, Naked Wanderings, and a corresponding Instagram account.

They've scuba-dived sans-clothes off the island of Utila, in Honduras, drunk beers in the buff in Portugal and hiked nude through the Amazon rainforest.

After three months stuck in the stunning surrounds of Zipolite, Oaxaca, the couple made it back to Europe in July. Since then, they've been traveling around France -- "because the options are so big in France, there are so many naturist places."

The De Cortes are both from the city of Ghent in Belgium, where they met and got together about 12 years ago.

"Quite soon after, we discovered naturism, it was pretty much by coincidence," says Nick.

The couple went to a spa center in Belgium, where nudity was compulsory.

"We went there, it was a great experience. We went there again and again, and after several times, we started exploring other options -- with social nudity, with naturism -- and that's how we discovered naturist clubs, naturist campgrounds, activities, events, and just rolled more and more into naturism," Nick tells CNN Travel.

A few years on, they started their blog. The aim, the couple says, was to debunk some of the myths surrounding naturism.

"There are two main preconceptions," says Nick. "One is that it's related to sex -- lots of people don't understand that people can be naked together without any sexual intention. That's one big misconception. And the other one is that it's for old people."

The couple's internet presence aimed both to showcase their fun adventures, and provide information on the naturist lifestyle, and nude-friendly resorts across the world.

Nick and Lins quickly became aware they'd pinpointed a gap in the market. Sure, there were plenty of travel Instagram influencers posing against backdrops of stunning scenery.

But all of them had their clothes on.

Lins says a highlight of their adventures so far was a stunning beach in Colombia, in Tayrona National Park.

"There is nothing there. There's just the National Park and you can spend the night there," says Lins. "You have to hike for a couple of hours to reach the beach. But once you're there, it's beautiful. It's one of the most beautiful beaches that I've ever seen."

Nick, meanwhile, spotlights the nude beaches of Portugal and all the options afforded by France's activist naturist scene.

Making connections and meeting like-minded naturists from across the world is also important to the couple.

Travel blogging has become their full-time occupation, although there have been some difficulties along the way.

Clever cropping and artfully-placed objects usually allow them to get away with it, but their original Instagram account was shut down last year and they've since had to rebuild from scratch.

Still, they say they never had any hesitations about sharing their lives online.

"In the beginning people asked us, 'How are you ever going to find a job again? Your naked butt has been in the newspapers.' But whatever, if somebody doesn't want to give us a job just because of that, it's probably not a company where we want to work," says Nick.

Nick and Lins add that they're currently working on founding a social media platform for naturists.

Earlier in the pandemic, there were reports of a growing interest in naturism, as more people were confined to their homes, working and socializing virtually.

In June, British Naturism's commercial manager Andrew Welch told CNN Travel there had been a rise in naturism over the course of the UK's lockdown.

Meanwhile in France, Laurent Luft, president of the Association des Naturistes de Paris (ANP), the French capital's naturist group that dates back to 1953, echoed this sentiment.

"People have been following our videos [and] sent emails saying, 'You've inspired us to give it a go,'" he said.

"When you're feeling confined and closed in and imprisoned, if at least you can take off your clothes that is some way to free yourself a little," added Luft. "So, even in our tiny little Parisian apartments with no gardens and sometimes no balcony or anything, we still have that possibility."

Nick and Lins say their travel blog has seen increased engagement during the lockdown, but they're wary about putting this down to a growing interest.

"I would rather say it's because people who are already naturists have much more time to connect," says Nick.

The couple adds that the pandemic hasn't been easy for the naturism community -- a big part of the movement is being naked in a group, which has become trickier in the wake of the pandemic.

In their home country of Belgium, says Nick, the one designated nude beach closed, in order to give other beachgoers more space to social distance.

And while spas and leisure centers have reopened, numbers are significantly reduced and pre-booking is key. It's harder to be spontaneous now, says Nick and Lins, although they know this isn't unique to the naturism community.

Once they're able to safely travel again, next on their list are naturist-friendly spots in South Africa, Australia and New Zealand. The pair is also keen to check out a few new nudist resorts opening in Thailand.

While they enjoy sharing their adventures online to followers, they reiterate that they "don't think that everybody should become a naturist."

"It's really a personal choice," says Nick. "But it bothers us a little bit when people have such misconceptions about naturism, without even giving it a try. And that's something we like to keep telling people: 'Just try it.'"