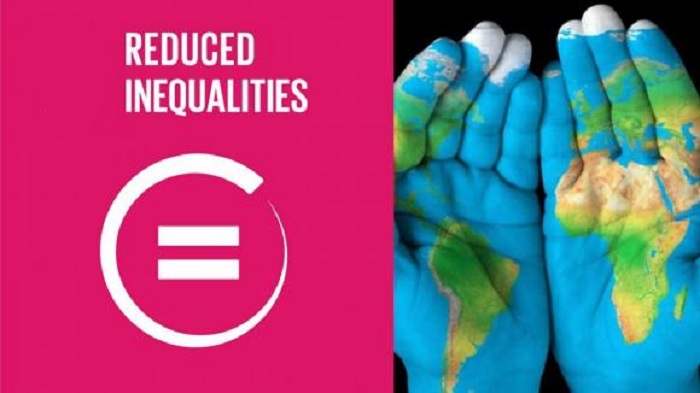 Bangladesh has ranked 113 on the Commitment to Reducing Inequality Index  (CRII) 2020.

Oxfam and Development Finance International (DFI) released the third edition of the global report ‘The Commitment to Reducing Inequality (CRI) Index 2020’ on Thursday.

The new analysis has revealed that Bangladesh has achieved remarkable economic growth in the last decade 6 percent on average per annum.

The actual inequality picture may be worse as household surveys mostly fail to capture information from ultra-rich households.

The data of income share accrued to different quintiles and deciles reveal that in last three decades share of bottom quintile has decreased from 6.52 percent in the year 1991-92 to 5.12 percent in 2016 - a reduction of 1.4 percentage points.

Since the pandemic, Bangladesh has stepped up by spending $11 million on bonus payments for frontline healthcare workers, most of which are women.

Both Myanmar and Bangladesh have added more than 20 million people to their social protection schemes.

It also shows that only 26 out of 158 countries were spending a recommended 15 percent of their budgets on health prior to the pandemic, and in 103 countries at least one in three workers lacked basic labor rights and protections, like sick pay, when the virus struck.

The analysis presents that only 26 out of 158 countries were spending a recommended 15 percent of their budgets on health prior to the pandemic, and in 103 countries at least one in three workers lacked basic labor rights and protections, like sick pay, when the virus struck.

The index ranks 158 governments on their policies on public services, tax and workers’ rights, three areas pivotal to reducing inequality and weathering the COVID-19 storm.

It is being launched ahead of the World Bank and International Monetary Fund (IMF) virtual Annual Meetings next week.

Nigeria, Bahrain and India, which is currently experiencing the world’s fastest-growing outbreak of COVID-19, were among the world’s worst performing countries in tackling inequality going into the pandemic, the analysis show.

India’s health budget (as a percentage of its overall budget) is the fourth lowest in the world and only half of the population has access to even the most basic healthcare services, shows the analysis.

Despite an already disastrous track record on workers’ rights, several state governments in India have used COVID-19 as a pretext to increase daily working hours from 8 to 12 hours a day and suspend minimum pay legislation, devastating the livelihoods of millions of poor workers now battling hunger.

Women, who generally earn less, save less and hold insecure jobs, have been particularly hard hit by the lockdowns introduced in response to the pandemic while unpaid care work and gender-based violence have increased dramatically.

Nearly half of the world’s countries do not have adequate legislation on sexual assault and 10 countries, including Singapore and Sierra Leone, have no laws on equal pay or gender discrimination, according to analysis.