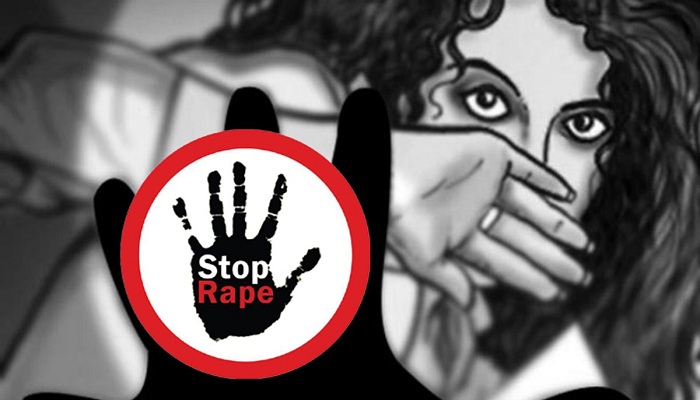 The government is set to introduce capital punishment for rapists by amending law, as the recent spate of sexual violence against women has triggered a countrywide public outcry for the death penalty of offenders.

To this effect, a draft of an amendment to the law will be placed at a weekly cabinet meeting on Monday, Law Minister Anisul Huq said.

“Prime Minister Sheikh Hasina ordered amendment to law to make rape punishable with death. The draft will be placed at the weekly cabinet meeting on Monday,” he said.

The government’s move came after people burst into street protests against rape, and the Daily Sun published several special news reports and editorials, demanding the death penalty for the rapists.

The Daily Sun published a special report headlined “Rape, sexual harassment go unabated for culture of impunity” on Tuesday and editorial titled “Death penalty for rape is a must” on Thursday.

Law Minister Anisul Huq said the government is actively considering an amendment to law to ensure the death penalty for the rapists.

He disclosed the views while talking to reporters before leaving his residence for his secretariat office on Wednesday morning.

The violation of a housewife by some unruly youths at a hostel of Sylhet MC College followed by the stripping of a woman in Noakhali and videoing the scene sparked bitter criticism at home and abroad.

People from all walks of life have taken to the streets, demanding death sentence for rapists who get off scot-free through legal loopholes.

The demand has gained ground as a group of legal experts are stressing the need for an amendment to law to make rapists punishable with death.

“Law is enacted for the public welfare. As people have a demand for the death penalty of rapists, the government is considering the issue with utmost importance,” said the law minister.

In Bangladesh, only 3 percent cases related to violence against women and children see conviction, as reported by Women and Children Repression Prevention Tribunal from five districts last year.

The report was disclosed at a national dialogue on action against sexual violence” and the inauguration of “16  days of activism against gender-based violence” held at a city hotel on November 18, 2019.

The Ministry of Women and Children Affairs and the United Nations in Bangladesh jointly organised the event.

Talking to the Daily Sun, Ehsanul Hoque Samaji, former Public Prosecutor of Metropolitan Sessions Court and Anti-Corruption Commission, said the accused get off scot-free for imperfect investigation reports, lack of evidence, a delay in medical reports and faulty statements by the victims.

A police officer, assigned to investigate a rape case, should hold investigation and submit a report in consultation with the public prosecutor of the court concerned, he said.

“Police report should be in line with expectation of the public prosecutors so that allegations are proved to the satisfaction of the court,” Samaji added.

Section 376 of the Penal Code and Section 9 of the Prevention of Women and Children Repression Act -- both deal with rape cases.

It is difficult to prove a rape incident under the existing definition which requires a victim to fulfill several conditions to be raped.

Samaji, who is Special Prosecutor of BUET student Abrar Forhad murder case and former UNDP consultant, stressed simplification of the definition of rape, properly submission and recording statement of the victim and camera trial.