Covid can be airborne : US CDC guidelines 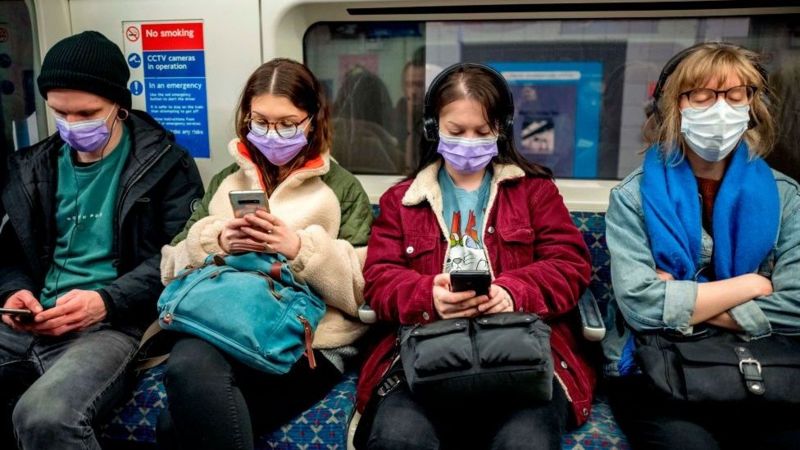 Coronavirus can be spread by tiny particles suspended in the air, sometimes for hours, says the US Centres for Disease Control.

Its updated guidance says this airborne route of transmission is still uncommon - bigger droplets from coughs, sneezes and talking are still the main source.

People are at higher risk of catching it the longer and closer they are to someone who has the virus.

Last month, the CDC published - and then took down - a draft version of the guidance warning about possible airborne transmission, saying it had been posted in error.

At the time, the World Health Organization (WHO) said it knew of no new evidence to suggest this was how the virus was spreading, although it agreed that aerosol transmission was possible in some circumstances.

There are some examples where people with Covid have infected others who were more than 6ft or 2m away. Others have caught the virus in an air space that an infectious person was present in minutes or hours earlier.

The CDC says these are rare, and existing advice on protective behaviours - washing hands, wearing face coverings and social distancing - remains the same.

"People can protect themselves from the virus that causes Covid-19 by staying at least 6ft away from others, wearing a mask that covers their nose and mouth, washing their hands frequently, cleaning touched surfaces often and staying home when sick," says the CDC.

It says the general public do not need to take the added precautions that healthcare professionals do to protect against airborne transmission, such as wearing medical grade masks and other personal protective equipment.

Guidance from the UK government says clinicians carrying out tasks that could generate airborne droplets of saliva loaded with the virus should use the higher standard of protection, including disposable gowns, filtering respirators and face-shielding visors.