Nobel Prize for chemistry awarded to Charpentier and Doudna 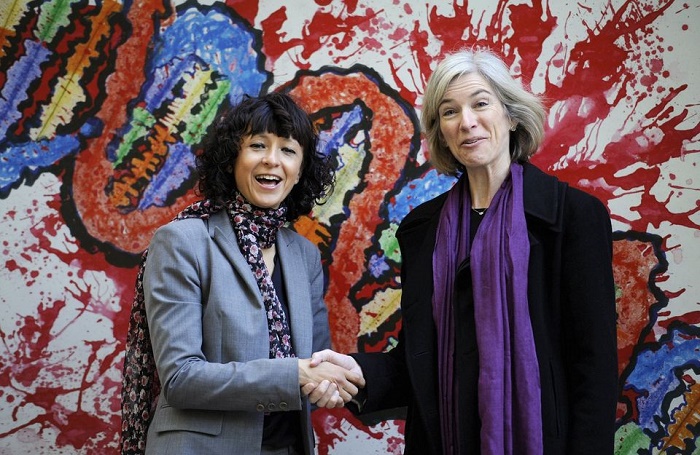 French scientist Emmanuelle Charpentier and American Jennifer A. Doudna have won the Nobel Prize in chemistry for developing a method of genome editing known as CRISPR.

The recipients were announced Wednesday in Stockholm by Goran Hansson, Secretary General of the Royal Swedish Academy of Sciences.

The prestigious award comes with a gold medal and prize money of 10 million krona (more than $1.1 million), courtesy of a bequest left more than a century ago by the prize’s creator, Swedish inventor Alfred Nobel. The amount was increased recently to adjust for inflation.

On Monday, the Nobel Committee awarded the prize for physiology and medicine to Americans Harvey J. Alter and Charles M. Rice and British-born scientist Michael Houghton for discovering the liver-ravaging hepatitis C virus. Tuesday's prize for physics went to Roger Penrose of Britain, Reinhard Genzel of Germany and Andrea Ghez of the United States for their breakthroughs in understanding the mysteries of cosmic black holes.

The other prizes are for outstanding work in the fields of literature, peace and economics.