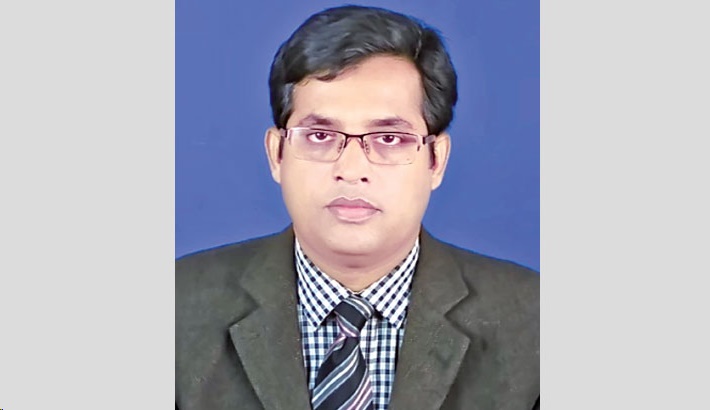 Very recently, there was wide discussion on the gang rape of a housewife by leaders of Bangladesh Chhatra League (BCL) at the student hostel of MC College in Sylhet not only in social, print and electoral media but also by the citizens of cross sections. In recent years, the reputation of the AL government has been demolished by numerous immoral activities of the BCL men. The former central leaders were overthrown a few months back due to wide-ranging allegations portrayed in media. These activists have become a liability of the government as many of them have remained engaged in different illegal and immoral activities, including abduction, extortion, and rape, eve-teasing and showing muscle power in the higher educational institutions. Very often they set examples of committing crimes that outstrip their previous records. The recently held incident of gang rape of a housewife keeping her husband tied in a room at said college has touched the conscience of millions of compatriots.

The recently held incident can be explained from different dimensions. The first is the failure of the administration in maintaining discipline at that college. It has been learned that a few BCL men had been staying in the college hostel despite the country-wide closure of all educational institutions since the Covid-19 outbreak in March. Therefore, a pertinent question is what was the role of college and hostel administration? I am not persuaded by the statement made by the principal of the college in the media that he heard the news of staying of a few BCL men in the college hostel during the closure. He also admitted that he could not take proper actions against them due to some untold reasons. But, such an argument cannot be accepted as being the teacher it is their responsibility to control their students. The second issue is related to security on the campus. It was difficult to imagine that a housewife was forcefully dragged into a room for gang raping in a students' hostel of an ancient government college. There was no one in the campus to save the housewife and her husband from these miscreants. The college administration should have taken additional security measures during the closure of the college.

Whoever is responsible for failing to control these culprits, we must acknowledge that many infiltrators in different organisations of the ruling party have remained engaged in various immoral activities to demolish the reputation of the government. After the incident, the central leadership of BCL has stated that these criminals have no affiliation at any stage with the BCL unit of MC College.  The fact is that these people stayed in the MC college campus with the identity of the BCL. Now a question is what role the BCL MC College unit played in ensuring discipline within the organisation. Why they did not take action against these people even though several complaints had been made against them before the incident? Therefore, they must take responsibility for such an unexpected occurrence. It is good that BCL has organised a rally to ensure justice to the housewife demanding capital punishment to the criminals.

The present BCL central leaderships were chosen by the AL president considering their clean image at Dhaka University. Therefore, it is expected that these leaderships would play an important role in restoring discipline within the student wing of the ruling party. Having observed their activities for a few months, it can be said that none of the two central leaders took part in any controversial activity. But, they need to be more involved and coordinated to restore discipline within the organisation.

The AL under the leadership of Prime Minister Sheikh Hasina has been working hard for the past 12 years. She has taken Bangladesh to a different level where we could expect to become a middle-income country by 2024. Unfortunately, her tireless efforts sometimes fail to provide expected results because of such abominable crimes, perpetrated by the BCL men across the country which is not at all desirable. The ruling party, therefore, needs to take strong steps to strengthen different organisations. The central AL leadership including the party President and General Secretary voiced their reservations about the infiltrators in the party. Several initiatives have been taking in the form of bringing new leaderships with fresh images in the central committee of different associate organisations of the party. It is now time for the central leadership of different associate organisations to restore discipline in their respective organisations.

Often I feel pain in my heart when I think the leaders and activists of BCL get involved in such unethical practices. The torment that was carried out by the BCL men on the housewife could not be pardoned. Meanwhile, we have seen that the Home Minister has expressed his commitment to ensuring justice to the housewife through ensuring capital punishment to the criminals. Accordingly, the police have arrested all the criminals. The countrymen now want justice to be assured as soon as possible. If exemplary punishment could be guaranteed, others would think twice before committing such crimes.

The government should therefore rethink its policy about student politics. I am not arguing in favour of the imposition of ban on student policies as it has a glorious past. Student politics played a major role in every crisis of the country starting from the language movement in 1952, the mass movement of 1969, the 1971 Liberation War, the upsurge against the military dictator in 1990, and movement against the army-backed caretaker government in 2007. But, in order to save the glory of student politics, some degree of restriction requires to be imposed. Student politics should primarily be aimed at dealing with the welfare of the students. The core ideology of student politics has sadly changed over the years. Now, the students get involved in politics to make personal profit and exploit whatever opportunities are made available to them. They no longer work for the welfare of the student community. Therefore, the government should take the steps required to redesign the modality of student politics. Otherwise, we will have to witness more devastation like the MC college incident in the future.