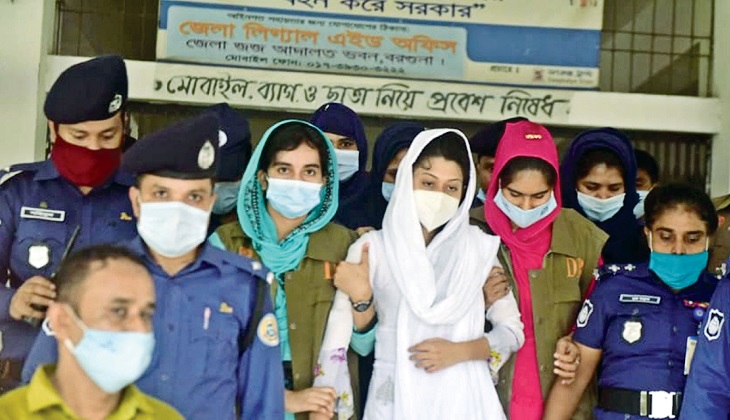 Ayesha Siddika Minni, who was sentenced to death in the Rifat Sharif murder case, has appealed to the High Court seeking her acquittal.

“The appeal was filed around 3:00 pm on Tuesday,” Minni's lawyer ZI Khan Panna confirmed the matter to media.

The death reference of the six convicts including Minni in the sensational Rifat Sharif murder case has reached the High Court.

Jahangir Alam Piku, an official at the Barguna Sessions and District Judges Court, brought the documents including the death reference to the High Court on Sunday.

Earlier on September 30, Barguna court handed down the death sentence to six people including Minni, wife of murdered youth Rifat Sharif, in the murder case. Besides, four others were acquitted.

Those who have been acquitted are — Rafiul Islam Rabbi, Md Sagar, Kamrul Islam Saimun, Md Musa.