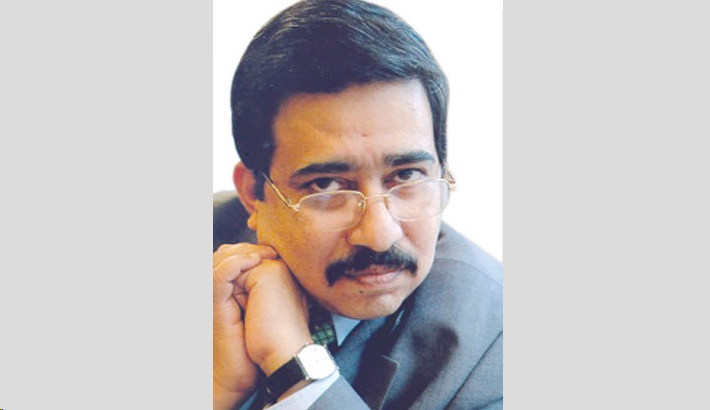 When the COVID sufferings or threats will be over? When the Vaccine will be available for mass or at least majority people? Is the path to recovery going to be a normal ‘U’ or a long flat ‘U’? It seems nobody knows. At best people are trying to make nearer to acceptable or most predictable projections or trying to adjust in the best possible way with the ‘new normal’.

Even at the outset of 2020, analysts projected the trends shaping the organisation of tomorrow are increasingly global and unpredictable in nature. CEO sentiment can be an interesting litmus test to gauge these key trends and challenges. Early this year, PwC launched its 23rd Annual CEO Survey in the World Economic Forum in Davos which surveyed more than 1500 CEOs across 83 territories. The survey known to be a landmark one, is being conducted since 2008 to understand the issues driving the decisions of corporate leaders, on a global level.

With the frequent shifts and turns in trade, geopolitics, and technology, it should come as no surprise that uncertainty has loomed over CEO sentiment. When asked about global economic outlook in 2020, a record 53% of CEOs even before the COVID onslaught anticipated a decline in global economic growth. This marks a steep from 29% of CEOs from a year earlier. The usual culprits are to blame: trade war between the two economic juggernauts- US and China- has left much of the world’s economy at a standstill. Brexit has brought about an existential crisis for the European Union. Tensions in the Middle East had been brought to a boiling point, having implications on prices of commodities and the global economy at large.

Being an export-oriented economy, Bangladesh is vulnerable to the ripples of global uncertainty. If, for example,British consumers and retailers are pessimistic in the wake of Brexit uncertainty, it can ultimately translate to fewer orders for our RMG producers. It is often possible to leverage from uncertainty-many speculated Bangladesh stands to benefit from the US-China Trade war.However, to be well-placed in the global economy, Bangladeshi CEOs need to be increasingly outward looking and agile in their decision-making.

They say people are fearful of change and no change has been more colossal than the digital transformation in the recent decades. The Fourth Industrial Revolution has forced us explore crucial issues like privacy in an increasingly data-driven world, the daunting prospect of automation replacing human labour, and the role of government in all of this.

Regulatory movements in the cyberspace has been the subject of much speculation among CEOs, particularly those in North America. Most CEOs anticipated increased legislation on internet content, the dissolution of ‘big tech’ and the private sector being mandated to compensate individuals for their personal data. However, CEOs are pessimistic about government’s role. In the survey, they have largely disagreed that governments are designing privacy regulations which both increase consumer trust and maintain business competitiveness.

While data is an extremely valuable asset for organisations, it is easy to forget that it can be an equally troublesome liability if not protected. As such cyber security is shaping up to be one of the primary threats for businesses. Even tech giants like Facebook and Twitter have not been exempted from data breaches. Bangladeshi CEOs should be alert to cyberthreats. After all, Bangladesh Bank has been the victim of one of the most prolific cyberattacks. Our financial sector has been particularly at risk with major banks having been susceptible to cyberattacks. For increased preparedness,CEOs should be committed to invest in cybersecurity systems and the appropriate human capital to implement these systems.

The very nature of work has been undergoing transformation as a result of the Fourth Industrial Revolution and this will lead CEOs to revisit how they approach human capital. Automation technology will replace jobs that involve repetitive work. Instead ‘New Collar’ jobs will create demand for digital and technical skills which the preexisting labour supply might not be able to satisfy, thus creating skills gaps.

Majority of the CEOs surveyed believed that upskilling their employees was the most significant way to cover skills gaps in their respective organisations. While upskilling can have various definitions, for the purpose of the survey it has been defined as “An organisation’s clear intent to develop its employees’ capabilities and employability, and to advance and progress their technical, soft and digital skills.” With increased ‘work from home’ reality and increased need for data, the ‘new normal’ has made the situation more complex.

To ensure the success of upskilling initiatives, CEOs must clearly identify what the workforce gaps of today and tomorrow are and create the necessary operational infrastructure (e.g.performance management system) for implementation.

Organisational redesign should also have a distinctive place in the CEOs’ agenda. In the increasingly global and fast-paced world of today, organisations must be efficient and adaptable to remain competitive. The days where organisations follow strict hierarchical structures may be long behind us. Forward-looking companies are embracing cultural shifts and devising ‘millennial-minded’ organisations. If we look at the leading companies, it is team-centric models that are taking precedence, where top-down bureaucratic structures are less important. In such organisations, leaders are no longer those who list out directions and hold absolute control, but rather those who collaborate and provide strategic guidance to their employees, more importantly colleagues.

How the world will look like post COVID? What will occupy topmost ‘CEO agenda’? I don’t know. But we all possibly know- the world will not be the same. Our employees will expect more handholding and sympathy to put in their best for the company as well as the ‘leader’ in front.We must find out newer ways to connect with our client as well as people and find out better ways to remain floating and profitable.