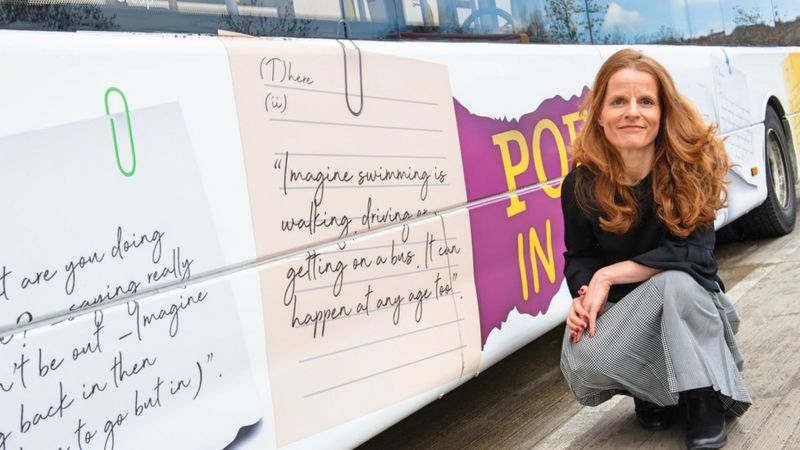 An online ceremony has crowned the international poetry prize winner at this year's festival in Scotland's national book town.

Anna Woodford, of Newcastle, won the Wigtown award for her work Portrait of My Grandparents as Souvenirs.

More than 1,000 entries were received from around the world with runner-up going to Jane Frank from Brisbane.

Organisers said the award brought to a close a "terrific festival" which had to move online due to coronavirus.

Entries for the international poetry prize were up by more than 30% on 2019.

'Family history'
Ms Woodford said she was delighted to take the honour.

"My poem is concerned with my family history, specifically my grandfather's experiences of having to flee wartime Poland to make a new life in Nottingham," she said.

"It is wonderful to have it recognised in this way."

The winning poems are available on the Wigtown Book Festival website .