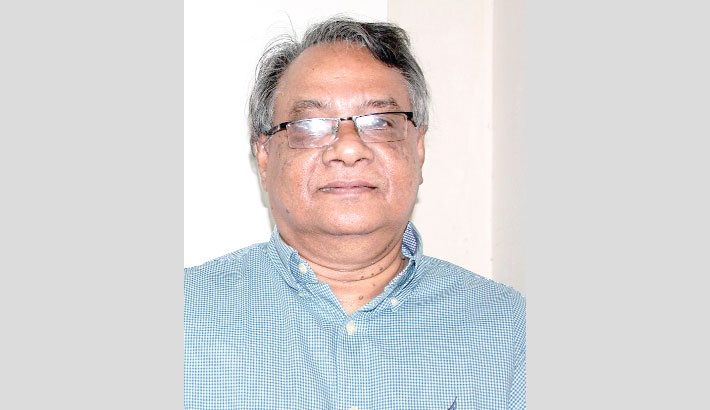 The world we live in has changed beyond our imagination due to the pandemic caused by the Covid-19. Almost all human activities, both outdoor and indoor, came to a standstill due to the adoption of the lockdown strategy to contain the spread of the deadly virus across the countries and the continents. All these activities included economic, socio-cultural and sports activities. With time, most of the countries have controlled the spread of the virus to a manageable extent by reducing pressure on the healthcare systems through therapeutic and the proven social distancing and other health protocol. However, the world is now apprehending that there would be a second wave of Coronavirus infection. But, the use of the complete lockdown strategy has been proved not to be a viable option for a longer period of time for any country of the world.

By now, lockdown and near complete shutdown have caused enormous downturn in every sector of the economy and many of the countries have entered into depression of unprecedented nature. These harsh realities have forced countries to open up their economies and slowly resume all other activities. Due to the continuation of the pandemic a new situation has emerged termed as ‘New Normal’ to deal with it. It means ‘a previously unfamiliar or atypical situation that has become standard, usual, or expected’. In other words, it implies that something which was previously abnormal has become usual or normal now. It encourages confronting the current situations with a challenging mindset. Its continuation for a considerable period of time since the beginning of the pandemic has brought many changes to the lives of the people. These changes include all aspects of human lives and also affect people of all ages, professions and vocations. The working environment has also changed in the light of the measures called ‘social distancing and health protocol’.

Now we all need to meet two challenges like saving lives and livelihoods simultaneously. It is like a two edged sword that cuts both ways. Saving lives involve complete cessation or to a lesser extent very limited usual human activities to arrest the process of further spread of the infection of the deadly virus and thereby saving lives. On the other hand, saving of livelihoods means active human involvement in productive activities that will ensure production of good and services leading to income generation to the people for maintaining livelihoods. The achievements of these twin goals simultaneously are somewhat contradictory and utterly challenging.

In spite of the challenges of the Herculean nature, most of the countries of the world have lifted the lockdown strategy and open up almost everything that include economic, socio-cultural and sports activities. Here it needs to be mentioned that most of the countries at the initial phase of the opening up were reluctant or apprehensive to resume educational activities in schools, colleges and universities for the safety of the student communities. Finally, these institutions have started operating by maintaining different health protocol as prescribed by competent national and international authorities. Sports, particularly professional ones, are also being allowed with restrictions and health protocol. Here it needs to be mentioned that professional sports involve a multi-billion-dollar business that includes the revenues generated by advertising and media coverage of a global nature. These sports include among others, soccer, basketball, cricket, tennis etc.

Due to the pandemic all these sports which have millions of fans around the globe remained suspended or on hold for quite some times. Some of the prescheduled sporting events were also abandoned. Here it needs to be mentioned that in the midst of the unending pandemic, the International Olympic Committee and local organisers of the 2020 Summer Olympics in Tokyo announced the postponement of the games until 2021. The Olympics is the world’s largest sporting event and also a multibillion-dollar endeavour that is organised once in every four years. It is also a great gathering of thousands of athletes and players from different countries in many sports that are attended and watched by hundreds of thousands of fans.

The Olympics games have never been cancelled except for world wars in 1916, 1940 and 1944. However, very recently, professional sports are resuming and many of soccer leagues have also been concluded. Some of these were English Premier League, Spain’s La Liga, Italy’s Serie A, Germany’s Bundesliga and France’s Ligue 1. Some weeks ago, two cricket test series between England and West Indies and England and Pakistan were also organised maintaining health protocol and barring physical presence of the spectators in the stadiums. The 2020 Indian Premier League which was scheduled to be played from March was suspended due to the pandemic. Later, it was decided that the tournament would be held in September-November 2020 in the United Arab Emirates. It is still in progress.

All these sports are held within an arrangement called bio-bubble. The aim of a bio-bubble is to keep playing teams in isolation from the outside world so as to minimise the risk of Covid-19 infection. As a result, players are only permitted access to the ground and their respective hotels. Another aspect of the bio-bubble is that players are permitted to have access to families, and also allowed to pay any visit outside the team’s bio-secure environment. The other important feature is the mandatory self-quarantine on landing of the players. The most noticeable feature of sports bio-bubbles is the spectators less empty stadiums to prevent the risk of Covid-19 virus infection.

However, sports under bio-bubble are only possible in the case of the professional sports as huge expenditure is involved. It is perceived that commercial consideration is the prime motive behind organising sporting events under the new arrangements. It is done just to keep going the professional sports of various forms and to save the multi- billion dollar sports industry. However, the charms and thrills of watching sporting events with physical presence in the stadiums and venues cannot be replaced by electronic media.