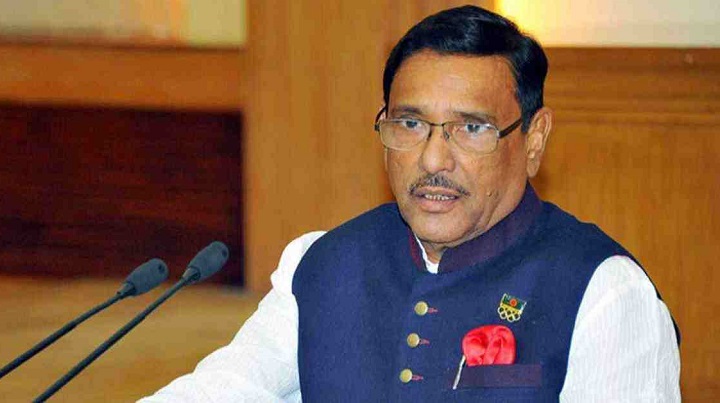 Quader, also Road, Transport and Bridges Minister came up with the remarks in a press statement on Friday.

“BNP’s criticisms hints anti-state conspiracy when the success of the government is evident by the verdict of Rohingya crisis in the international tribunal,” he said.

BNP has been stating fake, confusing and conspiring comments since the beginning of the Rohingya crisis, he said, responding to a recent criticism of BNP Secretary General Mirza Fakhrul Islam Alamgir over Rohingya repatriation.

“The humanistic measures and diplomacy of Sheikh Hasina’s government in Rohingya issue has been applauded globally.”, the minister said.

Global media has announced Sheikh Hasina as the ‘Mother of humanity’ appreciating her skillful leadership and successful diplomacy, he said.