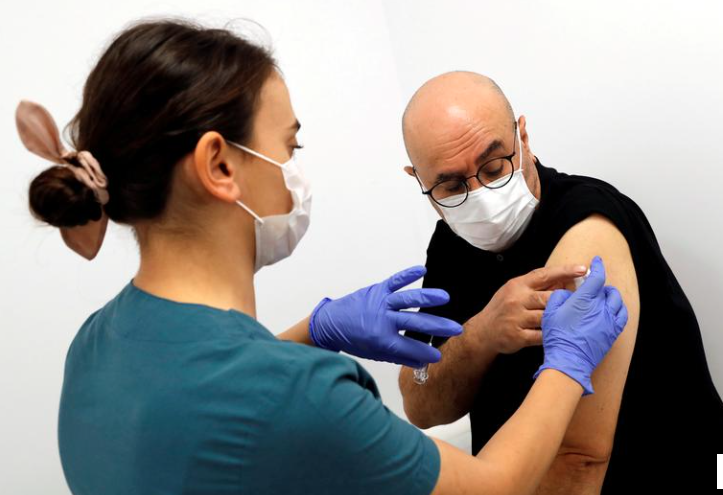 A major non-profit health emergencies group has set up a global laboratory network to assess data from potential COVID-19 vaccines, allowing scientists and drugmakers to compare them and speed up selection of the most effective shots.

Speaking to a news agency ahead of announcing the labs involved, Melanie Saville, director of vaccine R&D at the Coalition for Epidemic Preparedness Innovations (CEPI), said the idea was to “compare apples with apples” as drugmakers race to develop an effective shot to help control the COVID-19 pandemic.

The centralised network is the first of its kind to be set up in response to a pandemic.

In a network spanning Europe, Asia and North America, the labs will centralise analysis of samples from trials of COVID-19 candidates “as though vaccines are all being tested under one roof”, Saville said, aiming to minimise the risk of variation in results.

“When you start off (with developing potential new vaccines) especially with a new disease, everyone develops their own assays, they all use different protocols and different reagents - so while you get a readout, the ability to compare between different candidates is very difficult,” she told .

“By taking the centralised lab approach it will give us a chance to really make sure we are comparing apples with apples.”

The CEPI network will initially involve six labs, one each in Canada, Britain, Italy, the Netherlands, Bangladesh and India, Saville said.

Hundreds of potential COVID-19 vaccines are in various stages of development around the world, with shots developed in Russia and China already being deployed before full efficacy trials have been done, and front-runners from Pfizer PFE.N, Moderna MRNA.O and AstraZeneca AZN.L likely to have final-stage trial results before year-end.

Typically, the immunogenicity of potential vaccines is assessed in individual lab analyses, which aim to see whether biomarkers of immune response - such as antibodies and T-cell responses - are produced after clinical trial volunteers receive a dose, or doses, of the vaccine candidate.

But with more than 320 COVID-19 vaccine candidates in the works, Saville said, the many differences in data collection and evaluation methods are an issue.

As well as potential variations in markers of immunity, there are differences in how and where samples are collected, transported and stored - all of which can impact the quality and usefulness of the data produced, and make comparisons tricky.

And with a range of different vaccine technologies being explored - from viral vector vaccines to ones based on messenger RNA - standard evaluation of their true potential “becomes very complex”, she said.

“With hundreds of COVID-19 vaccines in development it’s essential that we have a system that can reliably evaluate and compare the immune response of candidates currently undergoing testing,” she said.

By centralising the analysis in a lab network, much of what Saville called the “inter-laboratory variability” can be removed, allowing for head-to-head comparisons.

CEPI says all developers of potential COVID-19 vaccines can use the centralised lab network for free to assess their candidates against a common protocol. For now, the network will assess samples from early-stage vaccine candidate testing and first and second stage human trials, but CEPI said it hoped to expand its capacity to late stage (Phase III) trial data in the coming months.

Results produced by the network will be sent back to the developer, with neither CEPI nor the network owning the data.

CEPI itself is co-funding nine of the potential COVID-19 vaccines in development, including candidates from Moderna, AstraZeneca, Novavax NVAX.O and CureVac.