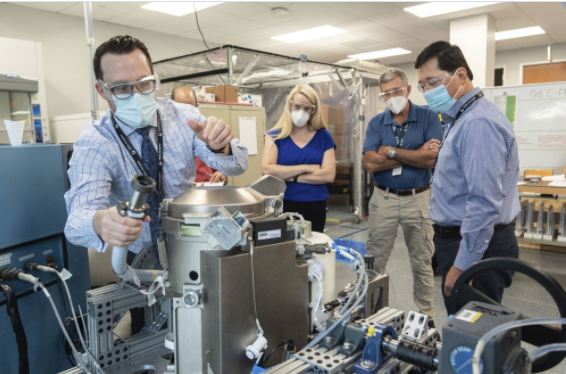 NASA’s first new space potty in decades  a $23 million titanium toilet better suited for women  is getting a not-so-dry run at the International Space Station before eventually flying to the moon.

It’s packed inside a cargo ship that should have blasted off late Thursday from Wallops Island, Virginia. But the launch was aborted with just two minutes remaining in the countdown. Northrop Grumman said it would try again Friday night if engineers can figure out what went wrong.

Barely 100 pounds (45 kilograms) and just 28 inches (71 centimeters) tall, the new toilet is roughly half as big as the two Russian-built ones at the space station. It’s more camper-size to fit into the NASA Orion capsules that will carry astronauts to the moon in a few years.
Station residents will test it out for a few months. If the shakedown goes well, the toilet will be open for regular business.

With SpaceX now launching astronauts to the space station and Boeing less than a year from sending up its first crew, more toilets are needed. The new one will be in its own stall alongside the old one on the US side of the outpost.

The old toilets cater more toward men. To better accommodate women, NASA tilted the seat on the new toilet and made it taller. The new shape should help astronauts position themselves better for No. 2, said Johnson Space Center’s Melissa McKinley, the project manager.