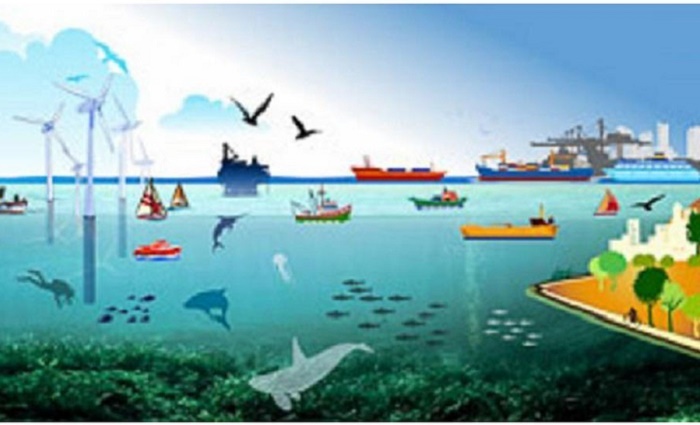 The government has set a number of strategies to harness the potential of Blue Economy, including exploring sea resources, pulling in foreign investment and technology.

Bangladesh won 118,813 square kilometres of the maritime zones in the Bay of Bengal after the end of a maritime dispute with Myanmar and India in 2012 and 2014 respectively.

It has opened up a new window of opportunity for blue economy development before the country in terms of international trade, energy exploration, fishery and other sea resources for greater development.

Outlining the strategies, the new Perspective Plan 2021-2041, unveiled recently, identified the vast maritime areas as a new field of development.

“A blue economy is formed with the coordinated direct and indirect activities run by the use of resources of seas, oceans or coastal areas,” General Economics Division (GED) Member Dr Shamsul Alam said.

Appropriate policy, regulation and rules, management, reforms to administrative structure and identifying sea-related economic activities are required for the transformation to a blue economy, according to the plan.

In line with the strategy, a taskforce accommodating local and international experts will be formed to create a solid policy structure. ‘Policy framework for marine and coastal development’ will be placed at the cabinet division for approval, official sources said.

The role of foreign direct investment (FDI) will be expanded to pull in new knowledge, technology and lure investment.

Local sea survey capacity will be increased with the technical assistance of Bangladesh Navy and engineering universities as part of a two-way strategy to close the knowledge gap about the quantity of sea resources.

In this regard, technical expertise will also be brought from foreign sources with accumulating international and regional knowledge and resources.

The current initiatives with India, China and the EU will be stepped up further to open up blue economy-related research and joint investment.

The highest priority will be given on sustainable use of maritime resources. By this year, the process of recovering Sundarbans’ and Chokoria’s affected maritime and coastal ecosystem will start.

A major focus of the strategy will be on harnessing the potential of collection of seaweeds and commercial seaweed production will be intensified.

Under the perspective plan, preservation of biodiversity will get special importance so that fish can be available for a long time. Some special steps will be taken in this regard including banning fish netting during the breeding time.

Besides, coastal tourism, energy exploration in the deep seas and protection of some special areas of the Bay of Bengal will get importance alongside maintaining the legacy of the fishing families.

Economic analysts emphasized quick implementation of the strategies otherwise the potential of a blue economy can be destroyed and the country’s valuable maritime resources can be lost other neighbouring countries.