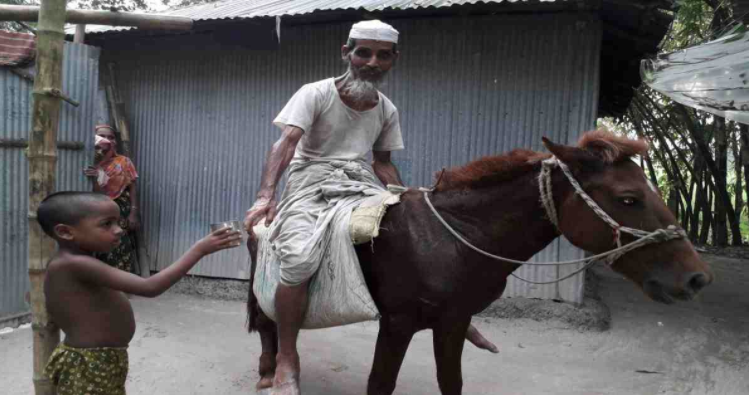 In his late 60s, Bachcha Mia is probably the smartest beggar in Bangladesh — this physically challenged resident of Madanpur village in Aditmari upazila of Lalmonirhat begs from door to door riding on horseback.

Bachcha took to begging after his children, two daughters and a son, abandoned him.

Five years ago, he bought the horse with the money he had saved from begging. But it was an investment that paid off big time — he now earns about Tk 300-400 a day.

“Does anyone take to begging willingly? I am forced to beg. My children don't look after me and at this age, no one is going to give me a job. This is how I manage two square meals a day," says Bachchu.