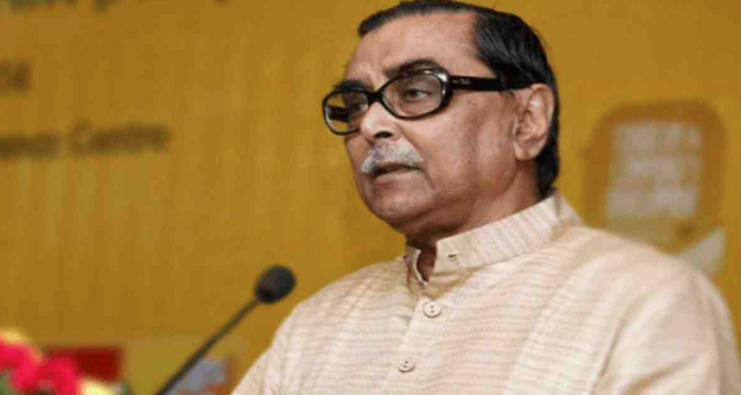 Former Social Welfare Minister and Workers Party President Rashed Khan Menon on Thursday urged the government to take steps for introducing a special allowance for the elderly journalists who have lost their working ability.

Speaking at a virtual discussion on the International Day of Older Persons, he also called upon the government to build more old homes to ease the plights of senior citizens.

“The government needs to introduce a special allowance for the veteran journalists who have lost their working ability due to old age,” said Menon, also the chairman of the parliamentary standing committee on Social Welfare Ministry.

He also underscored the need for proper implementation of the Maintenance of Parents Act 2013.

Speaking at the programme, Social Welfare Minister Nuruzzaman Ahmed said Prime Minister Sheikh Hasina has undertaken many programmes for the welfare of the elderly people.

“When she (Hasina) came to power in 1996, she introduced the old age allowance programme under which now 49 lakh marginalised senior citizens are getting allowance at the rate of Tk 500 per month,” he said.

The minister said all the senior citizens of the country will gradually be brought under the old age allowance programme.

“Those who’ve turned elders once led the nation to build the country. So, there’s no way to deny their contributions to the country. Today's elders have liberated the country by responding to the call of Bangabandhu during the Liberation War,” Nuruzzaman said.

He said they are enforcing the Maintenance of Parents Act 2013 and the National Elderly Policy 2013 enacted as per the direction of the Prime Minister to ensure a dignified life for the elderly.

State Minister for Social Welfare Ashraf Ali Khan Khasru said the government, led by Prime Minister Sheikh Hasina, is tackling the corona pandemic with great success. “Everyone should take care of the elderly people during this corona period.”

The meeting was informed that the Social Welfare Ministry will gradually take up income-generating activities for the senior citizens, expand geriatric health services and build hospitals for them at the grassroots level.

Besides, a project on the construction of old homes for the elderly people in eight divisions of the country has already been approved.