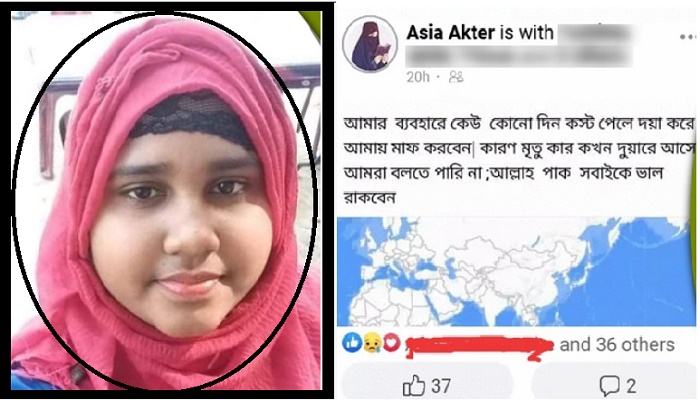 A female student of Shahjalal University of Science and Technology (SUST) reportedly committed suicide by hanging herself after posting a status on her Facebook page at Mathura village in Sadar upazila of Bagura on Thursday morning.

The deceased was identified as Achia Akhter, 20, was a student of Bangla Department of 2019-20 session at the university, daughter of Md Jalal Uddin, a resident of the area.

Confirming the news, Humayun Kabir, officer-in-charge (OC) of Bogura Sadar Police Station, said that Achia hanged herself with a scarf on the verandah of her house after Fajr prayers today.

The OC also said, “We are initially suspecting that Achia killed herself over her love affair with a youth”.