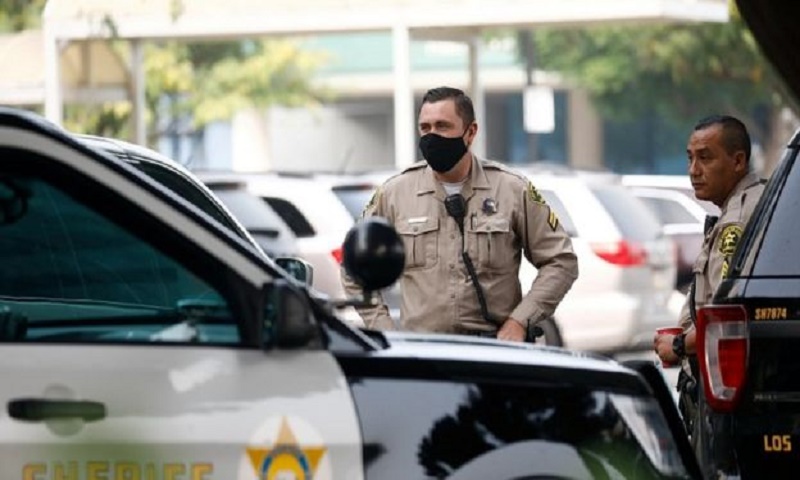 Investigators in Los Angeles of US have charged a man with the attempted murder of two police officers who were shot as they sat in their patrol car.

At a court appearance on Wednesday he pleaded not guilty to the charges in both cases, AP News reported.

Widely shared video of the shooting showed a figure approach the police car, open fire and then run away.

The officers were seriously injured but have since been released from hospital, BBC reported.

Footage of the 12 September attack, described by police as an ambush, caused a national outcry and both candidates in the presidential race - President Donald Trump and his Democratic challenger Joe Biden - called for the perpetrator to be severely dealt with.

In a statement, the Los Angeles County District Attorney's Office said Deonte Lee Murray had been charged with two counts of attempted murder and possession of a firearm by a convicted felon.

He had been in custody since his arrest on 15 September for the carjacking charges, the statement said.

Following Wednesday's court appearance, Mr Murray was remanded in prison with bail set at $6.15m (£4.7m) and is due back in court in November.

Prosecutors have not suggested a possible motive for the shooting of the officers, which happened in the Los Angeles suburb of Compton.

They were not named but were described as a 31-year-old woman and a 24-year-old man.