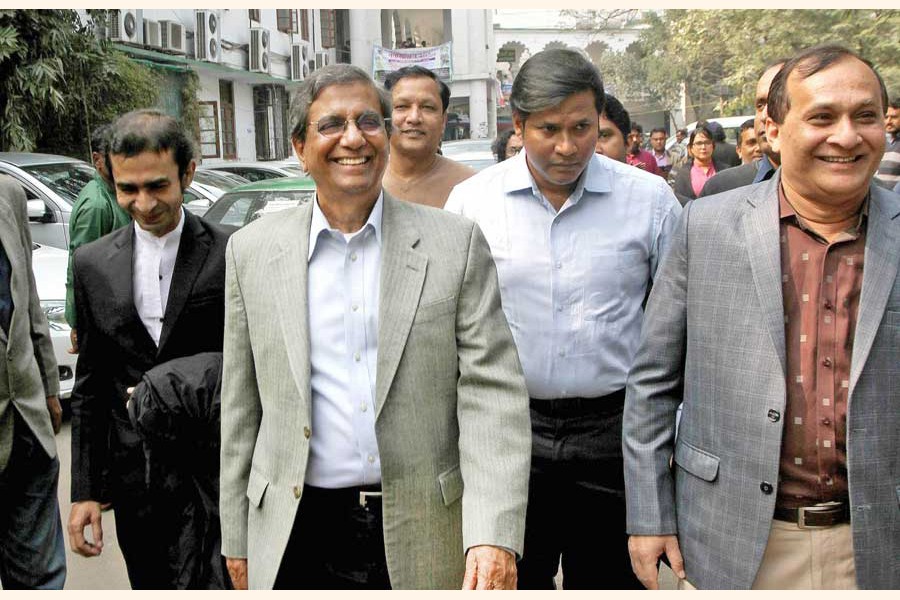 A Dhaka court has accepted the charge-sheet against Prothom Alo Editor Matiur Rahman and nine others in a case lodged over death of Dhaka Residential Model College student Naimul Abrar Rahat.

Judge KM Imrul Kayes of Metropolitan Sessions Judge's Court of Dhaka took the charges into cognizance after scrutinising the case dockets and other relevant documents on Thursday in presence of the accused.

The court also set October 13 for the hearing of charge framing against the accused in the case.

The other accused are- Anisul Hoque, Prothom Alo senior sub-editor Mohitul Alam, head of event and activation Kabir Bakul, executives Shah Paran Tushar and Shuvashish Pramanik and Jasim Uddin, Mosharraf Hossain, Sujon and Kamrul Hawlader, who were in charge of providing electricity supply for the function.

Ninth grader Naimul Abrar Rahat died after being electrocuted behind the stage at an event organised by the Kishor Alo, a publication of the Prothom Alo, at Dhaka Residential Model College ground on November 1, 2019.

On November 6, 2019, Naimul’s father Mojibur Rahman filed the case with the court in this connection.