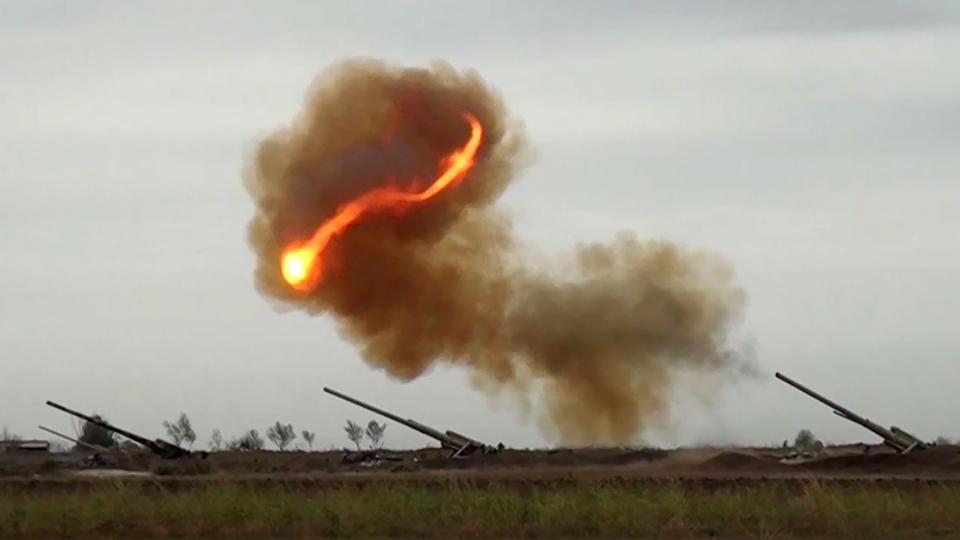 Russia has offered to host talks on ending the fighting between Azerbaijan and Armenian forces in the disputed region of Nagorno-Karabakh.

Foreign Minister Sergei Lavrov made the offer in calls to both governments, his office said - adding that he had urged a halt to "warlike rhetoric".

More than 100 deaths have been reported since Sunday, in the heaviest fighting in years over Nagorno-Karabakh.

Officially part of Azerbaijan, it is governed by ethnic Armenians

Armenia and Azerbaijan - two former Soviet republics - fought a war in 1988-1994 over the region. There are growing fears that international powers could be dragged into the conflict.

On Wednesday, Mr Lavrov's office said he had called the foreign ministers of both Armenia and Azerbaijan to say Russia was willing to host talks.

Russia is part of a military alliance with Armenia and has a military base in the country. However, it also has close ties to the government of Azerbaijan.