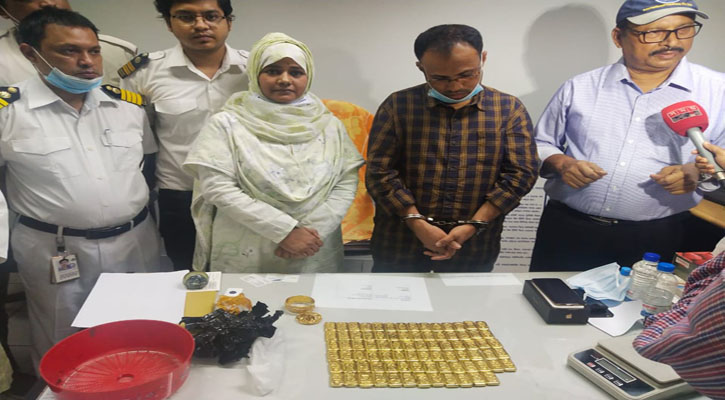 The arrestee is identified as Mohammad Enamul Haque, hailing from Chakatia upazila of Cox’s Bazar.

Acting on a tip-off, customs officials and NSI took position at the key points of the airport. At one stage, the officials challenged Enamul for his suspicious movement when he was crossing the boarding bridge of the airport. Later, they recovered 82 gold bars which were attached to his body under his shirt, Roksana Khatun, deputy commissioner of Chittagong Custom House, said.

The value of the seized gold was estimated at around TK 5.74 crore, she added.

A process is underway to take legal action against him in this connection, she said.