Father kills one son, injures another, tries to kill self 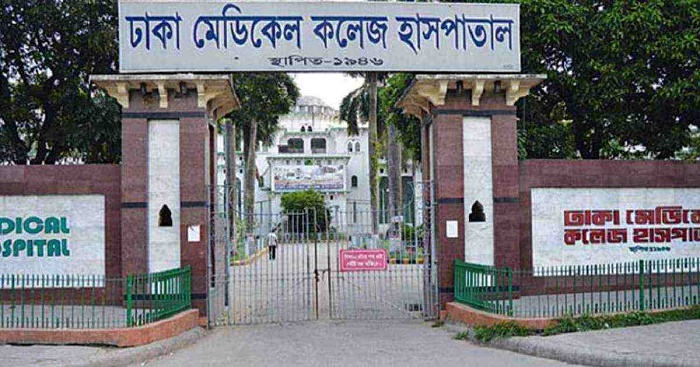 A father has allegedly hit his two sons with a sharp weapon and tried to kill self at Hazaribagh in the capital on Wednesday afternoon.

Of the two sons, Roza, 6, succumbed to his injuries at Dhaka Medical College Hospital while father Javed and his another son Rajon,14, were battling for survival there.

The matter was informed to the Hazaribagh Police Station, he said adding that the condition of Javed and Rajon was critical.

Mehedi Hasan, paternal uncle of Roza-Rajon, said that his brother was living with his family at his own two-storey tin-shed house at Battala. He runs a cloth shop under the house.

He said that during the incident, Rima Akhter, wife of Javed, was on the ground floor of their house. Hearing loud cry, she rushed to the spot and found three lying in a pool of blood.

Local people took them to the hospital where duty doctors declared Roza dead.

But Mehedi could not say about the reasons behind the incident.

When contacted, Sazidur Rahman, officer-in-charge of the Hazaribagh Police Station, said that he sent forces to the spot and hospital.

Details could be known after primary investigation, he added.