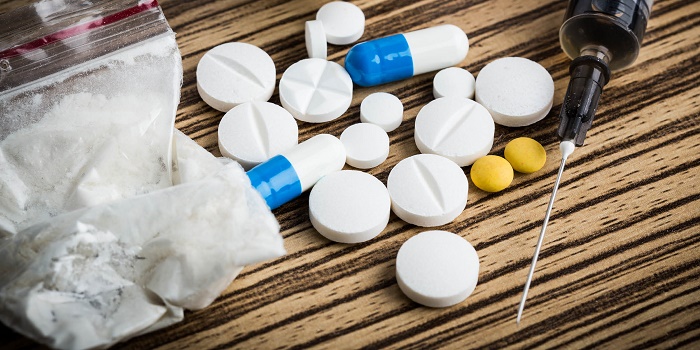 India has witnessed several instances of increased availability of narcotic drugs in the last one decade and the majority of the illegal substances are being infiltrated in the country from Pakistan, EUreporter reported citing a survey, adding that cross border transactions are the most common form of operation to transport narcotics, reports ANI.

One recent report written by Gan in American Journal of Preventive Medicine indicates that the cost of drug abuse is more than USD 740 billion annually in the country, writes Indian Institute of Management-Rohtak Director Professor Dheeraj Sharma in the EU reporter.

Given the paucity of studies related to illegal drugs and drugs selling in India, an effort was undertaken by the author with his research team that was involved in jail related projects from 2011 to 2016 in various states, to examine the issue of illegal drugs and drugs selling from the perspective of those either convicted of such offenses, according to EU reporter.

Data for the survey were collected from convicted drug peddlers across three states in India - Punjab, Gujarat, and Delhi.

A total of 872 responses were collected across the three states in India. All these 872 were convicted under the Indian Narcotic Drugs and Psychotropic Substances Act. Participation in the survey was voluntary.

In the last decade, India has witnessed several instances of increased availability of drugs and increased number of arrest, trials, and conviction under the Indian Narcotic Drugs and Psychotropic Substances Act.

The results of the survey indicated many “counter-intuitive” insights. First, 78.10 per cent of drug peddlers reported that they used to consume drugs and selling of drugs was limited to those amongst their friends and family.

Of these, around 56.54 per cent of respondents became drug peddlers as a result of being a regular drug user.

A majority of the respondents (86.70 per cent) argued that they were trapped into drug trafficking by their drug suppliers with whom they had frequent interaction owing their consumption habits.

The peddlers were also asked to give inputs relating to the country they think the drugs are infiltrated in India.

Nearly 84 per cent of the drug peddlers reported that the drugs are infiltrated in India from Pakistan. This was followed by Nepal which is over five percent, and Afghanistan (4.24 percent).

For the analysis, the mean ratings of all the respondents to rank the modus operandi of drug peddlers in India was analysed. The results show that cross border transaction are the most common form of operation. This is followed by tourists, Illegal, college students, and business people.

They contended that the consumption of drugs was accompanied by music that talked about drug use and absurdity of life. On a similar note, 79.36 per cent believed that Bollywood movies that glorify drugs has resulted in an increased intention to consume drugs.