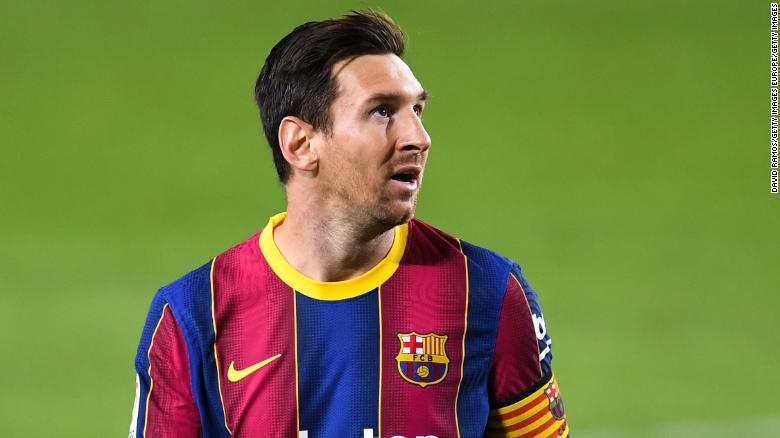 Lionel Messi says he had Barcelona's best interests at heart when announcing that he wanted to leave the club in August.

The Argentine and the Barcelona board, specifically president Josep Bartomeu, became embroiled in a bitter public dispute after Messi sent a letter informing them of his desire find a new club.

The 33-year-old admitted he had wanted to leave "all year" and claimed a clause in his contract meant he could do so for free, but in the end the Argentine was forced to stay as Barcelona disagreed and wasn't willing to reduce its €700 million ($897 million) release clause.

Messi said his love for the club meant he had no intention of disputing the club's decision in court and dragging out a legal dispute.

Lionel Messi played his first game for Barcelona on Sunday since expressing his wish to leave.

"After so many disagreements, I would like to bring an end to everything," he told Spanish newspaper Sport. "We all have to be united and assume that the best is yet to come. I take responsibility for my errors and if they existed, it was only to make FC Barcelona better and stronger.

"Uniting passion with excitement and motivation will be the only way to achieve our objectives, always united and rowing in the same direction.

"I wanted to send a message to all the socios and fans that follow us. If at any moment, any of them were annoyed by something that I said or did, let there be no doubts that anything I did was always with the club's best interests in mind."

Messi was on the scoresheet in his first game back for Barcelona since announcing his desire to leave, converting from the penalty spot in Barcelona's 4-0 win over Villarreal on Sunday.

The match came just days after Messi had once again publicly criticized the Barcelona hierarchy, this time for its treatment of former striker Luis Suarez as he left the club for Atletico Madrid.