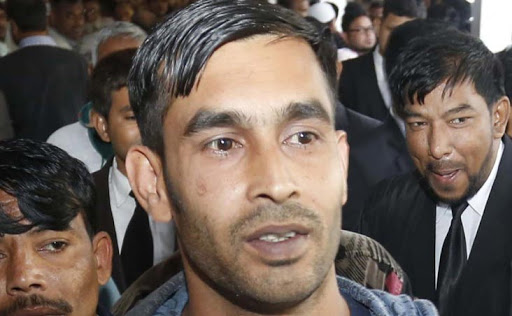 The High Court has ordered BRAC Bank authorities to give Tk 15 lakh in compensation to innocent Jahalam for his wrongful accusation and confinement for years over the embezzlement of money.

In its observation, the apex court said the Anti-Corruption Commission (ACC) failed to investigate the Jahalam case properly.

The BRAC Bank will have to give the compensation to the victim, Jahalam, within 30 days of receiving the copy of the order, the court says.

Earlier, the HC kept the matter as case awaiting verdict (CAV) completing hearing on the rule on February 12.

The HC was initially set to pronounce the compensation order on Tuesday, but such a decision was deferred for a day.

Instead of real culprit Abu Salek, Jahalam, a jute mill worker of Tangail, languished in jail for years in 33 cases filed over the embezzlement of the bank money.

Abu Salek along with some cohorts embezzled Tk 18.5 crore. The money was withdrawn through various banks. Two officers of BRAC Bank identified Jahalam as Abu Salek.

The National Human Rights Commission (NHRC) was first to launch an investigation into the confinement of Jahalam and disclosed his innocence.

The HC took cognizance of the matter following a newspaper report that innocent suffer due to faults of others.

Reprimanding the ACC for accusing innocent Jahalam in the case, the HC stressed due cautions in investigating any allegation.

As Jahalam was shown arrested in 33 cases over embezzlement of bank money, the High Court ordered reinvestigation expediting the process of acquitting him of the charges.