Verdict on Rifat murder: Minni reaches court with her father 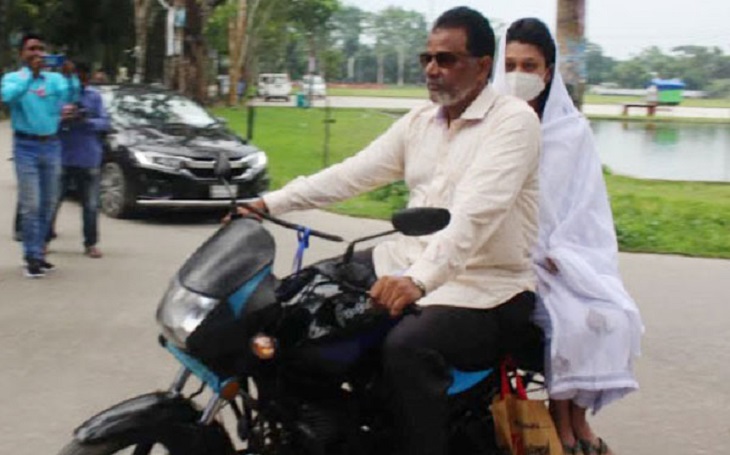 Rifat’s wife Aysha Siddika Minni went to the court around 9:00 am on this morning with her father by a motorcycle.

Additional police personnel have been deployed in and around the court premises while a number of check-post were set up at different points.

The movement of pedestrians around the court is also being restricted.